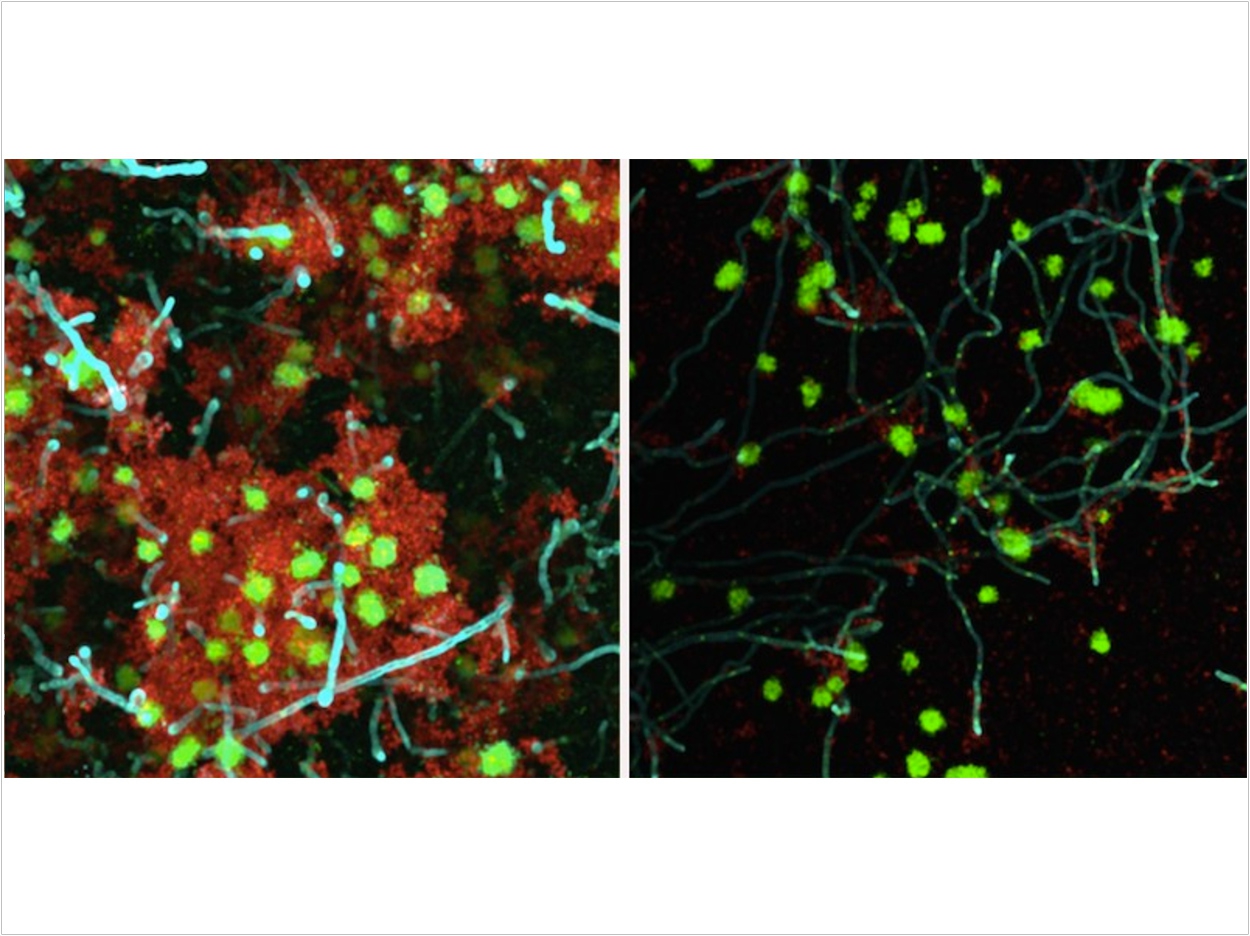 The combination of a carb-heavy diet and poor oral hygiene can leave children with early childhood caries (ECC), a severe form of dental decay that can have a lasting impact on their oral and overall health.

A few years ago, researchers from Penn Dental Medicine found that the dental plaque that gives rise to ECC is composed of both a bacterial species, Streptococcus mutans, and a fungus, Candida albicans. The two form a sticky symbiosis, known as a biofilm, that becomes extremely virulent and difficult to displace from the tooth surface.

Now, the researchers offer a strategy for disrupting this biofilm by targeting the yeast-bacterial interactions that make ECC plaques so intractable. In contrast to some current treatments for ECC, which use antimicrobial agents that can have off-target effects, potentially harming healthy tissues, this treatment uses an enzyme specific to the bonds that exist between microbes.

“We thought this could be a new way of approaching the problem of ECCs that would intervene in the synergistic interaction between bacteria and yeast,” said Geelsu Hwang, an assistant professor and senior author of the study. “This offers us another tool for disrupting this virulent biofilm.”

The work builds on the findings of a 2017 study by Hwang and colleagues including Hyun (Michel) Koo that found that molecules called mannans on the Candida cell wall bound tightly to an enzyme secreted by S mutans, glycosyltransferases (Gftb). In addition to facilitating the cross-kingdom binding, Gftb contributes to the stubbornness of dental biofilms by manufacturing gluelike polymers called glucans in the presence of sugars.

Some cases of ECC are treated with drugs that kill the microbes directly, potentially reducing the number of pathogens in the mouth. But this doesn’t always effectively break down the biofilm and can have off-target effects on “good” microbes as well as the soft tissues in the oral cavity, the researchers said.

The researchers said they wanted to try a different approach that would directly target the insidious interaction between yeast and bacteria and opted to target the mannans in the Candida cell surface as a point of contact.

Using three different mannan-degrading enzymes, they applied each to a biofilm growing on a tooth-like surface in a human saliva medium and left it for five minutes. Following the treatment, they noted that the overall biofilm volume was reduced.

Using powerful microscopy, the researchers said they also observed drastic reductions in the biofilm thickness and interactions between bacteria and yeast. The pH of the surrounding medium was higher when exposed to the enzymes, indicating an environment that is not as acidic and thus less conducive to tooth decay.

The researchers also measured how easy it was to break up the biofilm after treatment using a device that applies a stress, akin to tooth brushing.

“The biofilm structure was more fragile after the enzyme treatment,” Hwang said. “We were able to see that the biofilms were more easily removed.”

To confirm the mechanism of their approach—that the mannan-degrading enzymes were weakening the binding between yeast and bacteria—the team used atomic-force microscopy to measure the bond between Candida and Gftb. The therapy, the researchers found, reduced this binding by a factor of 15.

Finally, the researchers wanted to get a sense of how well-tolerated these enzymes would be when used in the oral cavity, especially since children would be the patient group targeted.

Applying the enzymes to human gingival cells in culture, the researchers found no harmful impact, even when they used a concentrated form of the enzymes. They also observed that the treatment didn’t kill the bacteria of yeast, which is a sign that it could work even if the microbes developed mutations that would lend them resistance against other types of therapies.

The researchers kept the application time relatively short at five minutes, though they hope to see activity in an even shorter time, like the two minutes recommended for tooth brushing. Hwang said they may consider a non-alcohol-based mouthwash with these enzymes added that could be used by children as a preventive measure against ECC.

The researchers hope to continue pursuing this possibility with additional research, including testing these enzymes in an animal model. With more successes, they aim to add another tool for fighting the public health threat of ECC. 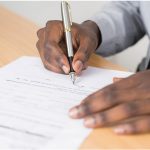 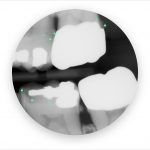 Next post How Will AI Affect Dental Insurers?
0 Shares