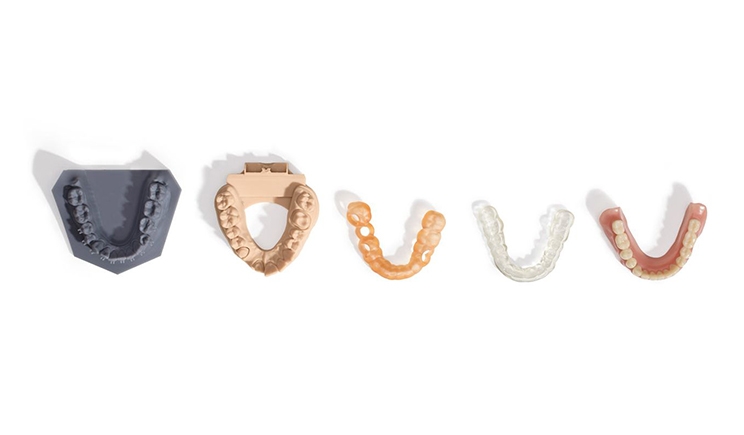 Just a few years ago, 3-D printers were the sole province of high-tech engineering labs. Now, they’re playing a major role in dentistry as dental labs and practices alike use them to craft everyday tools and appliances such as crowns, bridges, splints, models, aligners, and surgical guides in a fraction of the time and cost that analog methods used to require. Yet adoption is slow, as many practitioners are intimidated by a perceived learning curve.

More widespread education is needed before the 3-D printing revolution truly takes hold in dentistry, according to Jeffrey R. Shapiro, DDS, a cosmetic and reconstructive dentist practicing in New York City, he also is one of the founders of AIC Wall Street, a facility that allows dentists to learn new skills and the latest technologies in a live setting. He recently shared his insights about 3-D printing and its potential impact on the profession with Dentistry Today.

What is 3-D printing?

Are there different kinds of 3-D printers?

There are many different categories. The three popular ones in dentistry are SLA printers, DLP printers, and CLIP printers. SLA printers are light-emitting sources. DLP printers are digital light projectors. And then there’s CLIP technology, which is a form of DLP, but it utilizes light and oxygen pulling objects out of a bath of resin. It’s just the mechanism of production that differentiates all of them.

What kinds of things can dentists use these printers to produce?

The technology hasn’t caught up with all its uses because they’re developing new resins that are going to be able to replace the things we did in the analog world. The newest thing is digital dentures. They have the ability to reduce lab time and reduce clinical visits, but a complete digital workflow isn’t quite there yet. I am sure with future developments we will be approaching further advancements. We can print models, but we can’t print permanent restorations yet. But you will be able to, in the future, print a ceramic restoration. Now you can mill. Milling is subtractive, but 3-D printing is additive. You add things layer by layer. In milling, you subtract things from the total.

Dental labs already produce these items through analog techniques and materials. What are the advantages of 3-D printing?

You’re able to do it model-less, which is less labor intensive. It’s replaceable, so you never lose it. It keeps your cupboard clean, because you don’t have to store them. It’s more exact.

How has the technology evolved?

What about the price point? Are the costs coming down?

The costs are coming down. I had the first CEREC unit, an all-inclusive unit, that cost around $160,000. The entry level for scanners now is probably anywhere from $18,000 to $45,000. And dentists don’t understand they actually pay for themselves in their return on investment. If you’re doing an intraoral scan, you’re not using impression material, which comes down to a substantial amount per use.

Has the accuracy improved along with the drop in costs?

Yes. That was the thing. When I first got into digital dentistry, I wasn’t totally happy with the end-result accuracy and margins of restorations. Today, we’re approaching amazing standards, even better than analog.

Do dentists who want to start using the technology need any kind of significant training?

That’s the big problem with most dentists. They don’t want to put the time in. So, there’s a learning curve, obviously. It’s sort of the wild west out there right now in dentistry. That’s one of the reasons why I started getting together this education center that we’re building called AIC Wall Street. Basically, it is going to teach dentists out there what needs to be learned to enter this world—having it easily available, both hands-on and online.

What drove the foundation of this educational center?

I had this trilogy in my mind when I first started out in dentistry—first to have a multidisciplinary, totally digital, paperless office. Did that. The next step was to start a lab, which I started about 15 years ago, also to have it up to date with the hottest technology and natively digital. And the last part is to have an education center with all three components that doesn’t exist in New York. Some similar ones are out on the west coast, but this one is going to have a fully functioning large practice, 14 chairs, along with a functioning and practicing lab that dentists will be able to see in action. That’s the biggest void in the education process. Most dentists don’t know what they don’t know. They don’t know what goes into having a digital restoration laboratory. They don’t have the proper information for what’s needed. When they see it done in a clinical and laboratory setting, at the same time, it makes the learning process so much better.

Where and when is this center going to be opening?

Once dentists have that educational background, what would they need to begin using 3-D printing in dentistry?

They need to do it. That’s the only way they’re going to do more. That’s part of the learning curve. And dentists don’t do it until they feel more comfortable. Once they feel comfortable doing it, the learning curve ramps up to the point where they feel comfortable doing it. I always tell people when they first start doing it to do it both ways, analog and digital. This way, you get to compare and you get to do alternative ways confidently.

Are there any other technical requirements?

The three most important peripherals to have, probably in order, are intraoral scanners, 3-D printers, and CBCT scanners. Whether they have these devices in their office or not doesn’t matter. Obviously having a scanner and printer is a big advantage, but sometimes they aren’t cost effective for some practitioners. But they could have the scans taken at another facility. I know there are a lot of mobile scanners that come to offices. So, there are other ways of reaching that goal without laying out all that cash.

Earlier, you mentioned the potential for printing restorations. What other advances or applications do you see in the future?

They’re going to be 3-D printing tissue. I think they do it in the medical field partly right now. Imagine if you could print bone or soft tissue. That’s the future, printing anything living as well as non-living.

So printing a living tooth isn’t too far away?

Maybe one day. They’re doing a lot of research right now on growing teeth. That’s maybe a decade away. Maybe less. Look at the 3-D printing technology and look at scanners. They have ramped up so much faster than any other piece of digital equipment. Look at digital x-rays. It took 40 years to get to where we are now, where most people have them now. I think in the next five to 10 years tops, the standard for image acquisition will be scanners.

Do you have anything else you’d like to add about the technology?

Dentists need to be proactive and push themselves. Everyone gets comfortable in their own skin. But you’re going to see everything pass you by if you don’t keep up, so it’s important to keep up. And the biggest part of that is education, which has been a problem in the past because it hasn’t always been readily available. That’s why we’re doing this education center, to make it readily available, to make it a fun experience, learning from people who are doing the dentistry. Unfortunately, sometimes in academics, the people teaching the technology aren’t the people using the technology, which is why it doesn’t catch on as fast. So, when dentists see 3-D printing technology used, and they see its advantages, I think a lot of people will catch on. AIC Wall Street is just another amazing venue integrating every walk of the dental community. 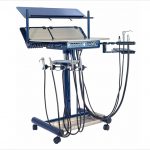 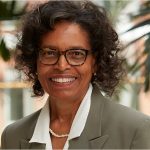