Prosperident has been in the business of investigating embezzlement committed against dentists since 1989. Over that time, we have seen many changes in both dentistry and the environment in which it operates.

If you need help with the word embezzlement, it refers to someone in a position of trust (often a staff member, but also potentially someone external like a bookkeeper) abusing that position and trust to steal.

The administration of practices has evolved greatly in the last 30 years. From the company’s initial pegboard investigations when few practices were computerized, to the rudimentary first- and second-generation practice management software, to the entry of the internet and connectivity into practices, the dental office of 2021 functions differently from its 1989 counterpart.

And while these changes were unfolding, the world wasn’t exactly standing still. Interspersed among some economic booms were a couple of recessions; the occasional war; and, oh yes, the COVID-19 pandemic of 2020 to 2021. The people labeled by Tom Brokaw as “the Greatest Generation” viewed World War II as the defining moment in their lives. The pandemic and the disruption it caused to people’s lives are probably the global events that we will tell our children or grandchildren about in 30 years.

As senior members of the world’s largest company specializing in investigating and protecting dentists against embezzlement, the authors have had front row seats observing the battle between dentists and those who wish to steal from them, and we have seen discernable changes concurrent with the pandemic. This article will discuss how embezzlement has been evolving and what practice owners should do to protect themselves.

First, the prevalence of embezzlement in dentistry is increasing. This increase is a long-term trend that was occurring well before we heard the word coronavirus. Similar studies done by the ADA 12 years apart showed a marked increase in surveyed dentists reporting that they had been victimized (35% reported having been embezzled in 2007 vs 47% in 2019.) Thus, in just over a decade, the reported incidence of embezzlement increased by more than a third.

The 2019 study also asked victims how many times they had been embezzled. Results showed 5% reported never, 26% said once, 11% said twice,  2% said three times, and 8% said more than three times.

While it is too soon to quantify the impact of the pandemic on the prevalence of embezzlement, we know from watching business cycles over many years that booms and busts each pressure a different kind of embezzler.

People normally steal for 2 reasons. Some embezzle because of perceived need. For whatever reason, these people are unable to meet their monthly financial obligations, and they fall further behind over time until their basic existence is threatened. They steal to avoid losing their house or car, for example. As you might expect, a sputtering economy puts more people in this situation.

In contrast, others steal because they feel that society is not rewarding them properly. This feeling intensifies when these greedy people perceive that others are getting ahead more quickly than they are. Behavioral studies suggest that these people often suffer from narcissistic personality disorder and may also display some elements of sociopathy. Greedy thieves believe they deserve the money they steal.

The COVID-19 era may be unprecedented in that it pressured both groups simultaneously. There was, and continues to be, massive displacement in the economy. Many industries, such as travel and hospitality, endured significant downsizing. Concurrently, the stock market, partially fueled by massive government spending and the pandemic-enhanced shift toward technology-driven businesses like Amazon and Uber, has galloped ahead. Therefore, we have created needier thieves while simultaneously increasing the dissonance that pressures covetous people to steal.

Needy people embezzle to fill a financial hole. The shortfall in their finances is finite, and they are simply trying to keep themselves housed and fed. The amounts needy thieves steal monthly tend to be modest, although the cumulative amount can be considerable over time. Because their financial objective from stealing has an upper limit, needy thieves get away with stealing that would be quite conspicuous if done in larger amounts. Theft by the needy may involve payroll tampering, borrowing the practice’s Amazon account for personal purchases, and similar activities. We often refer to theft that causes a practice to pay out more money than it should as expense-side stealing.

In contrast, thieves motivated by greed can be voracious. Their insatiable appetites often steer them away from expense-side activities, which generally have low thresholds for becoming conspicuous and are therefore self-limiting. For example, suppose that someone wanting to steal 4% of your revenue does so by padding their payroll. This theft will have the effect of increasing your staff expense ratio (ie, payroll costs divided by revenue) by that same 4%. With many practices having staff expense ratios in the 25% range, a 4% increase is sufficient to draw attention. On the other hand, if the same amount is stolen through diverting some of a practice’s revenue (commonly called skimming), the impact on the staff expense ratio is about 1%, which is well within the normal range of variability and, therefore, less likely to be flagged as anomalous.

In the same way that prudent investors lessen their risk by diversifying their portfolios, most thieves realize that they can reduce the probability of detection by not relying on a single embezzlement method. Virtually every thief we encounter uses 3 methods of stealing concurrently. Long-term thieves may develop and discard methods over time, but they tend to keep 3 methods active.

Given the current climate, how should a busy practice owner protect his or her finances? Contrary to popular belief, you have powerful weapons, and using them will not make excessive demands on your time.

1. Hire carefully. More than 20% of our investigations involve serial embezzlers who have stolen elsewhere before. The irony is that usually information that would have disqualified these people from being hired was readily available if their victims only bothered to access it. The most critical background check is to speak with all former employers for the last 5 years. The second most important step is a criminal records check. Before you do either of these steps, you must definitively identify the applicant. The best practice is, when interviewing them, to check a picture ID, plus at least 2 secondary pieces of identification. Extensive background checks are meaningless if the applicant has borrowed someone else’s identity.

2. Monitor and review. Say this every morning before breakfast: Every staff member with financial responsibilities requires oversight. This supervision is particularly important for your office manager, who has the most opportunity to embezzle by virtue of position and authority. This supervision must be performed either by you, your spouse, or someone with no access to incoming funds or your checkbook, such as an external bookkeeper. Oversight includes the following:

b. Reviewing every financial transaction made in your practice management software to look for deceptive or anomalous transactions.

3. Trust, but verify. Your oversight should be based on source information and not a document that someone has handed you. For example, the confirmation that the correct amount was deposited to your bank should be done by reviewing your online banking account, not by looking at a deposit slip that a staff member hands you, which could have been altered. Similarly, any review made of your practice management software should be done from reports you generated yourself. Allowing a staff member to print a report for you opens the door to selective reporting, in which information can be concealed from you.

While the events of the past year have changed the profiles of the embezzlers that we see, the basic business practices that a dentist can follow have not changed. Now is a good time to review and tighten yours. If the process of identifying and correcting areas of weakness in your practice’s control systems seems daunting, consider hiring professionals to do it for you.

Ms. Webber is a senior fraud examiner for Prosperident, a company specializing in the investigation and control of embezzlement committed against dental practices. Mr. Harris, is CEO of Prosperident and Ms. Askins is a supervising examiner at Prosperident and heads its orthodontic investigation department. Harris resides in Halifax, NS, Canada and both Askins and Weber live in Texas. The authors can be reached at prosperident.com.

Disclosure: Mr. Harris is CEO and a stockholder of Prosperident. Ms. Webber and Ms. Askins provide compensated services to the company.

The Gatekeepers of Systemic Inflammation

Artificial Intelligence and Its Use in Dentistry 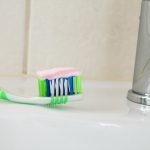 VIEWPOINT: How Habits Can Change Your Practice (and Your Life)