Money problems for people in Ontario may have an impact on their dental health.

About 20 percent of people in the Canadian province are not seeing the dentist on a regular basis because they can’t afford to pay for it.

The Public Health Ontario survey showed that thousands of people are encountering poor dental health based on the lack of dental treatment.

Many people have decided to visit the emergency room with an infection or abscess based on the lack of dental care. The problem is that many emergency room doctors are not qualified to handle dental problems. They then only provide antibiotics or painkillers, which don’t solve the problems.

There are many of these basic problems that could be solved with routine dental care. That’s why there will now be programs in place to educate people about dental health and the importance of being proactive with one’s dental care.

The Canadian economy is also adversely affected by these dental problems. According to some figures from the Canadian Health Measure Survey in 2010, there were roughly 4.5 million work days that were lost to dental issues. 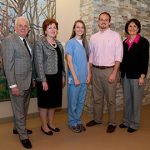