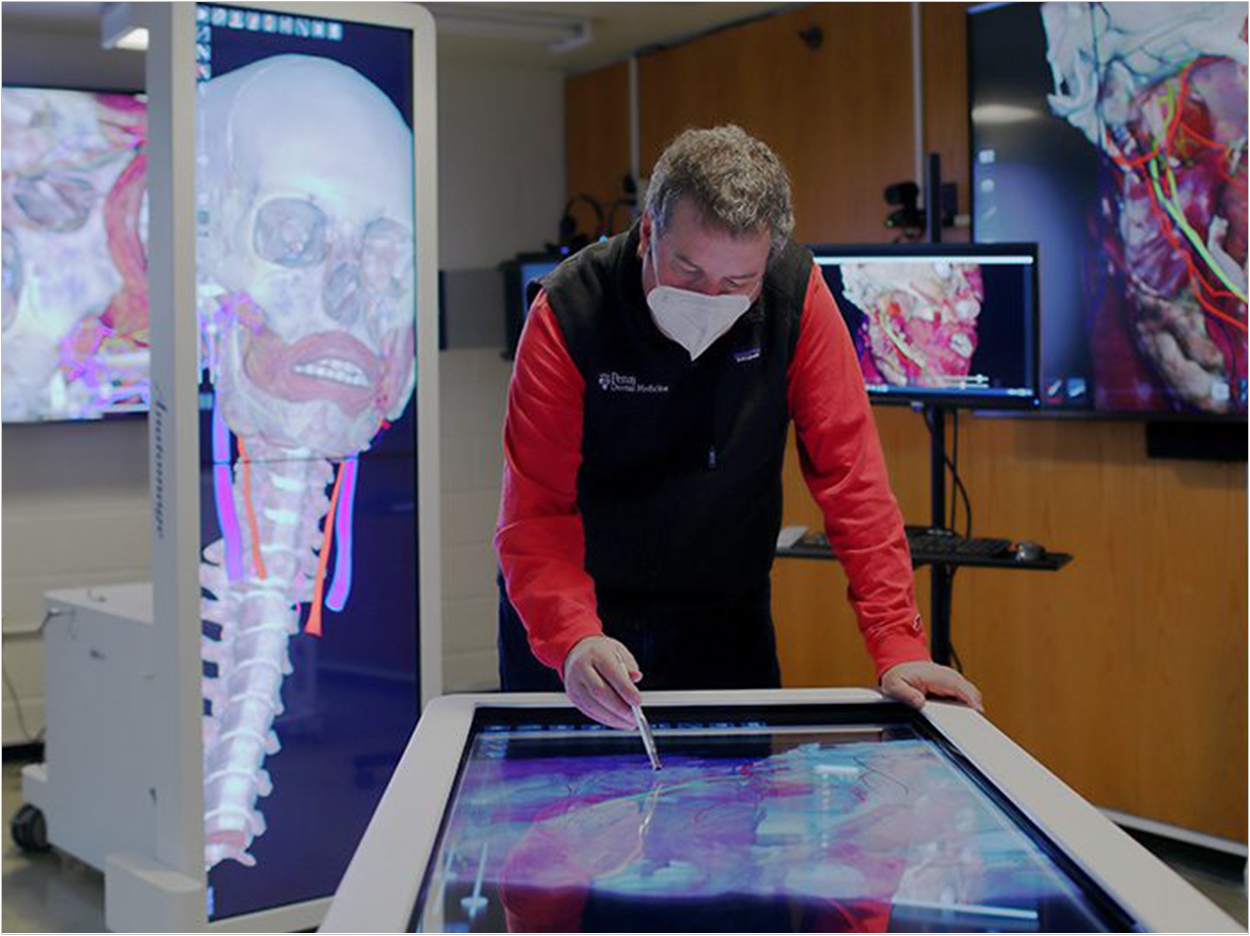 Penn Dental Medicine’s first- and second-year students typically spend some of their spring semester in the medical school’s cadaver dissection labs. This year, however, those labs now feature a 3D virtual anatomy lab, due to changes brought on by the COVID-19 pandemic.

When the pandemic shifted campus-wide instruction to remote learning last spring, the medical school closed its cadaver labs. The school then moved forward by outfitting space on the sixth floor of its Levy building with virtual dissection units.

“Prior to the pandemic, we had been looking into the possibility of acquiring this technology as a resource for our students to continue to study anatomy beyond their dissection labs in their first and second years,” said Dr. Michael Speirs, who directs the school’s anatomy course and dissection labs.

“But with the medical school shutting down the cadaver labs due to COVID, it became imperative to establish this faculty,” Speirs said.

The space is outfitted with two Anatomage virtual dissection tables. One is in the horizontal position, and one can be oriented both vertically and horizontally. There also are three 80-inch plasma screens so students in the space who aren’t at a table can see what is happening.

The tables feature fully digitized, real human 3D anatomy systems of four individuals, including a Korean and American man and woman. The American male and female cadavers were digitized by the National Library of Medicine through its Visible Human Project in the 1990s. Through the software developed for these units, the virtual cadavers can be rotated, sectioned, and dissected.

“With just a touch of your finger or stylus, you have the ability to manipulate the body. For example, I can choose a specific section or make a cut like a skin flap with a virtual scalpel and perfrom a dissection from the surface of the body all the way to the skeleton,” said Speirs. “You can also ask the software to identify a specific bone or organ or show just the nerves and blood vessels and their relationship to each other.”

The system also visualizes the direction of blood flow in veins and arteries. There is an option to upload data from a patient into the unit to create a 3D image of the case that can be analyzed and dissected as well.

The virtual dissection labs began using the units in late January with Speirs performing the dissections on the units. Using Zoom, students logged into lab sessions to receive a real-time feed of the dissection directly from the unit to their computer screen in high resolution.

All of these labs were remote through February. But starting in March, as faculty and students were vaccinated, small groups of 12 students began coming into the lab to participate in virtual dissection on the units.

While it is unclear at this point if or when Penn Dental Medicine students will return to cadavers for their dissection labs, Speirs noted that these new units are the best alternative and can support student learning in a variety of ways.

“Anatomy is critical for preparing to enter the clinic and beyond,” said Speirs. “Over the years, students have shared how very grateful they are for the solid foundation in anatomy the school has given them. With this technology, we’re continuing to do just that.” 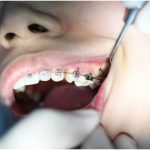 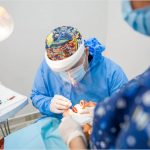 Next post Americans Prioritized Oral Health During the Pandemic
0 Shares