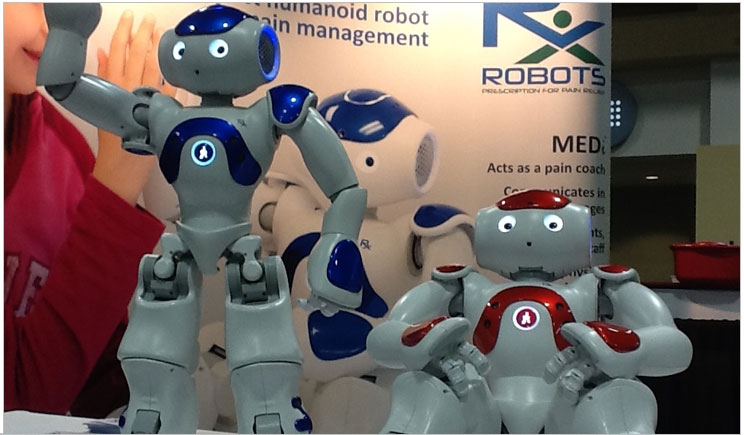 Many children feel anxiety when they go to the dentist. Sometimes, a little companionship is all it takes to help them feel better. MEDi from Rx Robots can provide that company. In fact, studies have shown that the 23-inch android reduces the pain perception of children undergoing medical procedures by half.

“It brings a wow factor. It brings a smile,” said Dr. Richard Olin, principal of the Olin Dental Group in Rahway, NJ, which has been using MEDi for about the past 8 months. “It’s the only time I can tell you that in my 31 years of practice that almost everybody smiles. And it’s fun.”

“Patients take pictures. They post them on Facebook and Instagram,” said Mark Williams, president and CEO of Rx Robots. “When the procedure is over, all they do is talk about the magical robot that addressed them by name. And Dr. Olin has also heard people saying it’s the most amazing dental office they’ve ever seen.”

When young patients arrive at the office, MEDi can introduce itself and explain the upcoming procedures, including cleanings, x-rays, fillings, and even root canals. It also teaches kids about sitting still in the dental chair and not being afraid if, for instance, a needle or nitrous oxide needs to be used. MEDi encourages patients that they’re doing a good job, too.

“We have positive reinforcement constantly from the robot,” Olin said.

MEDi also can keep patients in the waiting room or even the operatory occupied (and distracted) with a library of songs, dances, stories, and games. The robot is no puppet, though. It comes with a tablet loaded with custom applications. Office personnel simply use the apps to program a routine, and MEDi does the rest itself.

“It requires almost no training at all,” Olin said. “It’s as simple as knowing how to use a computer or an iPhone. It’s very straightforward. We control it by picking an application, hitting play, and that’s it. It’s ready to go.”

“We build the applications that are on the tablet,” said Dr. Tanya Beran, chief scientific officer and founder of Rx Robots. “We personalize the robot and make it socially and medically appropriate for dentistry. Whatever procedure a health professional is performing, we can make the robot complement whatever the goals are for that procedure.”

As a psychologist, Beran has been studying interactions between robots and children since 2005. In 2009, when a robotic arm at the Telus World of Science stacked blocks and interacted with children, they treated it as if it could think and feel. These observations led to the development of a humanoid model that could help children manage pain and distress.

“We started the research in about 2011. We started using MEDi with flu vaccinations in hospitals. We did a randomized controlled trial and found a 50% reduction in children’s pain and anxiety. And parents who participated in our study started to ask MEDi for blood tests, so that became our second randomized control trial,” Beran said.

“When we told our results to the local hospital we were doing our testing at, they said they wanted 4 of them to work throughout the hospital,” Beran said. “Then we were contacted by the Hospital for Sick Children in Toronto, and they wanted one as well. And then we realized we needed to start commercializing and became Rx Robots.”

MEDi’s applications are based on cognitive behavioral intervention. In addition to reducing pain, the robot increased vaccination rates by 10% by calming children who were screaming, kicking, and biting nurses during another study. MEDi succeeds by teaching patients coping strategies like breathing, guided imagery, and framing, which replaces negative thoughts with positive ones.

“The robot role-models relaxation behaviors. It stretches and has sound effects. It gives the impression that maybe you can start to relax and stretch, so it’s all a positive suggestion for how you might want to feel when you’re in the dentist’s chair. It’s also breathing, which is important since that is the best way to relieve pain and anxiety,” Beran said.

“Sometimes when a dentist or a health professional says ‘Take a deep breath,’ it’s kind of harder to follow along and more intimidating than when that polite request or suggestion comes from a robot,” Beran said. “It’s easy to just kind of go along with it.”

Rx Robots uses the NAO model from robot development company Aldebaran. The NAO has 25 degrees of freedom and can maintain its own balance. It also has 4 directional microphones and loudspeakers so it can interact with people naturally by listening and speaking. And, its built-in, high-resolution cameras let it recognize shapes and objects.

For its part, Rx Robots programs MEDi with the cognitive behavioral interventions and develops custom applications for each customer’s procedures based on a library of dental procedure templates. In addition to the robot and tablet, Rx Robots provides a wireless router, cart, warranty, support, and maintenance.

“It helps decrease the anxiety and pain perception of young children, young adults, and even adults,” Olin said. “The minute people see MEDi, they forget about their own perception of the anxiety. As we enter the operatory, MEDi starts to talk to us. And as a result, MEDi is making us feel more relaxed.” 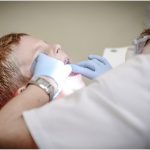 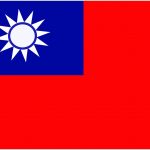