While the connection between oral health and systemic health has been well established, what most people don’t know is that dentists often are in a position to detect systemic conditions. According to an article published in the October 2010 issue of AGD Impact, the monthly newsmagazine of the AGD, dentists may be the first healthcare providers to notice evidence of an eating disorder, such as anorexia nervosa, bulimia nervosa, binge eating disorder, and pica.

That’s because the first signs of an eating disorder can manifest in the mouth. Sensitivity, tooth erosion, dry mouth, a high number of cavities, and enlarged salivary glands that cause swollen cheeks are signs that a patient may be suffering from an eating disorder.

“The repeated, self-induced vomiting that occurs with many of these patients introduces corrosive stomach acid into the mouth that eats away at the enamel on teeth,” said AGD spokesperson Claire Campbell, DMD. “And brushing your teeth immediately after purging may amplify the damage, because you are actually brushing acid onto more tooth surfaces, increasing the erosive action.”

Another tip-off of an eating disorder is an abundance of cavities over a short period of time.

“Patients who binge on high-caloric, high-carbohydrate foods and then purge those foods run the greatest risk of decay,” Dr. Campbell said. “The sugars in those foods cause increased acidity in the mouth, while the purging bathes the teeth in even more acid, an incredibly destructive double whammy.”

In extreme cases of eating disorders, the nerve of the tooth can be exposed, causing infection, discoloration, and even the death of the tooth. On rare occasions, tooth loss can occur. When the effects of an eating disorder are extreme, patients may require significant restorative care, such as crowns or veneers.

More than 90% of people who have eating disorders are women between the ages of 12 and 25 years. Studies report that 5 to 10% of anorexics die within 10 years of developing the disease and another 18 to 20% die within 20 years. Only 30 to 40% will make a full recovery.

Certain populations whose careers are defined by image and weight—including athletes, models, and actors/actresses—are at an increased risk for developing an eating disorder.

“It is important, though, that healthcare providers remember that all ages and socioeconomic groups can be at risk for eating disorders,” Dr. Campbell said.

Eating disorders can wreak havoc on other parts of the body as well, including the heart. For example, the behaviors of patients with anorexia can cause a slower heart rate and lower blood pressure, which increase the risk of heart failure.

Patients who suffer from an eating disorder are encouraged to speak openly with their dentist regarding their condition. Although dentists cannot treat the psychological issues of patients with eating disorders, they can help those patients to locate resources for treating the condition. 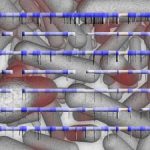