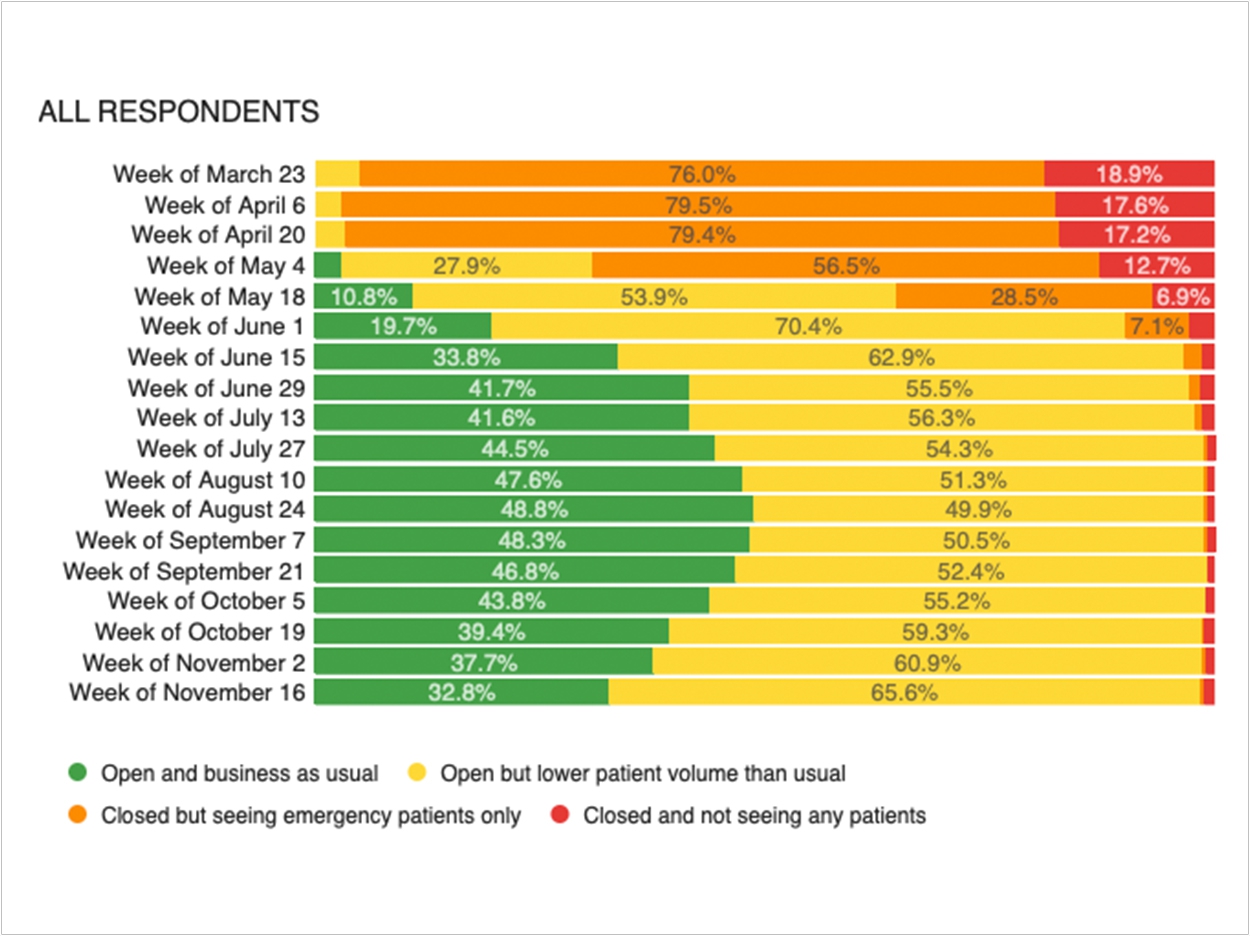 After a pandemic-era peak during the week of August 24, patient volumes continue to decline, according to the ADA Health Policy Institute’s November 16 biweekly poll.

The August 24 edition of the poll found that 48.8% of dental practices were open and seeing business as usual. Subsequent polls saw decreasing percentages of practices open with business as usual before reaching 32.8% in the November 16 edition—the lowest since June 1’s 19.7% figure. Plus, 65.6% of practices said they were open but with lower patient volume in the November 16 poll, compared to 49.9% in the August 24 poll.

“At this point in time, the American Dental Association firmly believes dental care can continue to be delivered safely,” said ADA president Daniel J. Klemmedson, DDS, MD. “Guidance recommended by the ADA and the Centers for Disease Control and Prevention continue to safeguard the health of the public. Dental care is essential healthcare. Regular dental visits are important because treatment as well as prevention of dental disease helps keep people healthy.”

Payrolls are taking a hit too. In the September 21 poll, 94.7% of practices said they were fully paying their staffs. That total has seen a steady decline in the weeks that followed, reaching 89.8% in the November 16 poll. Dentists themselves have been affected as well. In the October 5 poll, a peak of 80.4% of dentists were fully paid. That figure dropped to 73.6% the week of October 19, and inched upward to 74.0% on November 2 and 74.3% in the November 16 poll.

The stalled recovery prompted the ADA to join more than 500 other organizations to ask Congress to overturn an Internal Revenue Service (IRS) rule and allow Paycheck Protection Program (PPP) loan forgiveness to by fully tax-free. Their letter to Congress called the PPP one “of the most effective economic relief measures” for their members and said that the IRS’s subsequent rule would impose “a surprise tax increase of up to 37% on small businesses when they file their taxes for 2020.”

To further keep the profession afloat, the ADA also has asked the incoming Biden Administration to make oral health a priority in its first hundred days. In addition to including dentists among the first healthcare workers to receive the COVID-19 vaccine, the ADA is asking the administration to include dentists among its healthcare advisors, revise Medicaid provisions, address operating room access issues, reduce regulatory burdens, and safeguard medical supplies.

The ADA isn’t doing this advocacy work alone either. On December 1, the organization sent a Grassroots Alert email to members of its Legislative Action Center, asking them to visit the online portal and ask their senators and representatives to support relief legislation including PPE tax credits, student loan relief, incentives for dentists to work in underserved communities, and other policies.

California Stay-at-Home Order Does Not Include Dentistry 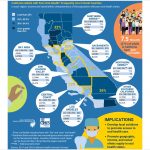 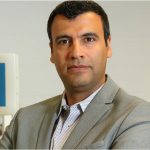