Children may be afraid to visit the dentist thanks to their parents.

A new study indicates that when a person fears a dental visit, his or her children will also develop that fear. The research at the Rey Juan Carlos University of Madrid analyzed the role that parents played in some of the fears their children develop.

The study appeared in the International Journal of Pediatric Dentistry. It explored data from 183 children ages 7 to 12 and compared it to data from the children’s parents. The data confirmed the belief that the children had many of the same fears as their parents had.

The data showed that fathers play a large role in dental fears because they act as the mediating variable between the mother and the child. In other words, a child bases his or her dental fears on the way in which the father reacts to the situation. In this particular case, the transmission of fear from the mother to the child is impacted by the father’s reaction.

Based on this information, it would make sense to involve mothers and fathers in campaigns to prevent dental fears. It would also be key for a father to visit the dentist and show no signs of fear even if he is fearful.

When parents show composure regarding dental visits, they should have nothing to worry about when it comes time for their child to see the dentist 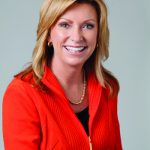