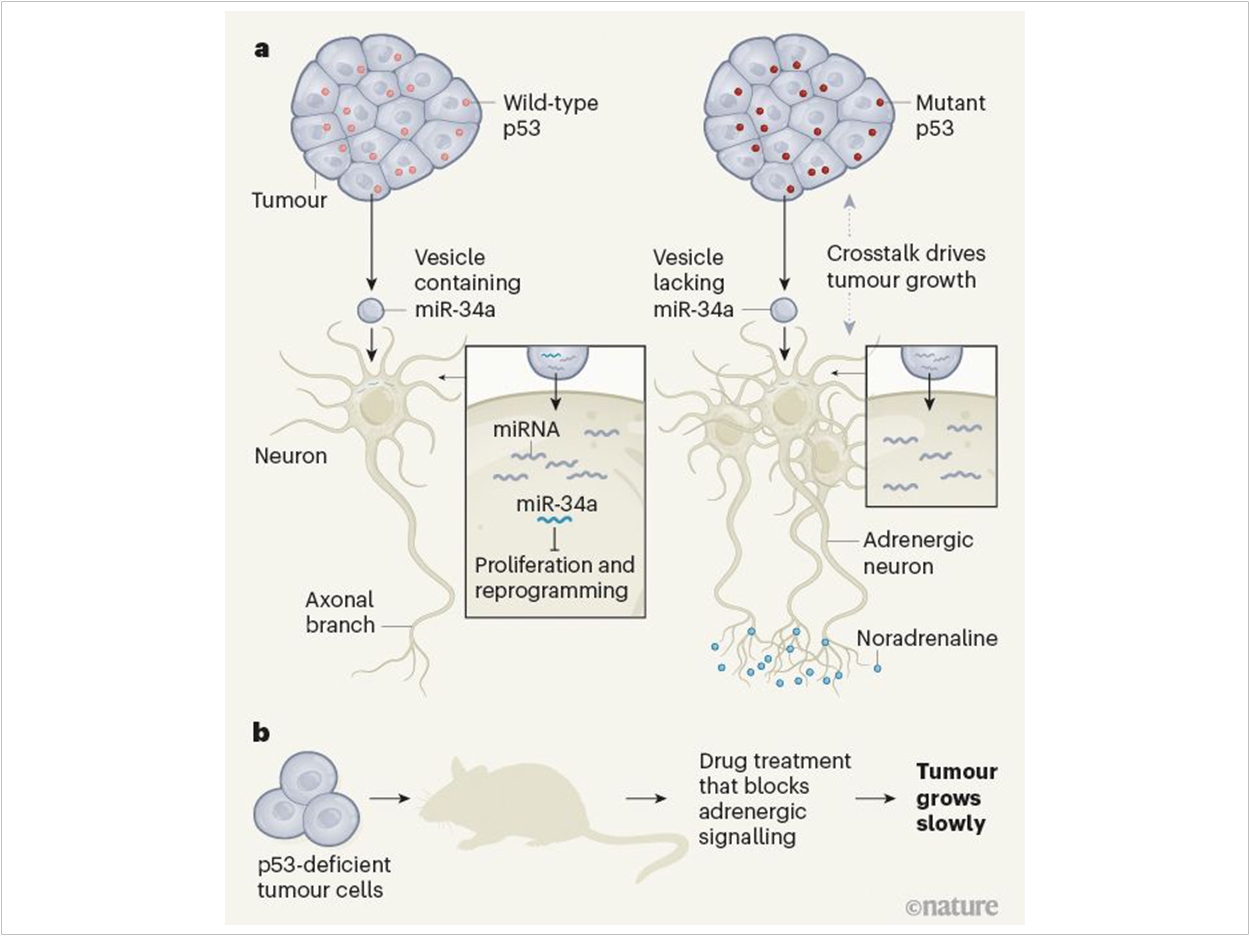 The loss of the important p53 tumor-suppressing gene enables head and neck cancer to spin off signals to nearby nerves, changing their function and recruiting them to the tumor, where they fuel growth and cancer progression, says the University of Texas MD Anderson Cancer Center.

By cracking the mechanism that launches neuronal invasion of tumors, a known marker of poor prognosis for patients, researchers there have uncovered possible avenues to block the process, including the use of drugs commonly used to treat blood pressure and irregular heartbeat.

“Tons of studies show that patients who have lots of nerves in their tumor are doing worse. Recurrence rates are higher. Survival is shorter,” said co-first author Moran Amit, MD, PhD, assistant professor of head and neck surgery.

“Nerve endings found in surgically removed tumors can’t be easily characterized or tracked back to their source, so it’s been a neglected field, a neglected hallmark of cancer,” said Amit.

Co-senior author George Calin, MD, PhD, professor of experimental therapeutics and an expert on non-coding RNAs, added that the study “puts together for the first time the mechanism and involvement of neurons in tumor generation, a new hallmark of cancer.”

The researchers found that the neurons that invade the tumor are adrenergic nerves, which are involved in stress response. These nerves’ neurotransmitters, adrenaline (epinephrine) and noradrenaline (norepinephrine), are susceptible to drugs known as alpha and beta blockers, long used to treat high blood pressure and irregular heartbeats.

In the study, mice with oral cancer treated with the adrenergic blocker carvedilol had sharply lower tumor growth and cancer cell proliferation. Myers said the team is working to develop clinical trials of adrenergic blockers, most likely in combination with other drugs.

“We used to think that nerves are just randomly growing into the tumor, and that’s completely wrong,” said Amit.

Damage to the p53 gene is a major characteristic of head and neck cancers. A tumor-suppressing master transcriptional gene that governs the expression of many other genes, p53 also is mutated in a variety of cancers.

Also, the researchers discovered that oral cancer communicates with nerves by launching extracellular vesicles, or membrane balls that carry various molecules, packed with microRNAs to connect with the nerves. The miRNA cargo varied depending on p53 status of the tumors.

“When you have intact p53, you have specific types of microRNAs that keep neurons in a quiescent state,” said Amit. “Once you lose p53, the microRNA population within the exosomes changes, and then you get positive signals to induce nerve growth.”

Subsequent experiments showed the miRNAs in vesicles from p53-deficient tumors were connecting instead with existing sensory nerves, a different nerve type, and actually changing them into the adrenergic type. These neo-adrenergic nerves then invaded the tumor.

To confirm this finding, the researchers cut sensory nerves ahead of inducing p53-deficient tumors in mice. Without the sensory nerve targets for the vesicles, the tumor shrank.

To validate the impact of their findings on people with OCSCC, the researchers analyzed the presence of adrenergic nerves in the tumors of 70 MD Anderson patients. Adrenergic nerve density in the tumors was associated with lower recurrence-free survival and overall survival.

The statistical significance of the adrenergic nerve densities held up in multivariable analysis after adjustment for other variables, such as age, sex, cancer stage, surgical margin status, overall neuronal invasion, and treatment type.

According to the researchers, these findings suggest that nerve density measurements merit exploration as a predictive marker of oral cancer aggressiveness and that the study opens up a new area for cancer researchers.

“Neurons control everything that we do in everyday life,” said Amit. “They control our voluntary and involuntary bodily functions, so it’s intuitive that they are involved in cancer.”

The study, “Loss of p53 Drives Neuron Reprogramming in Head and Neck Cancer,” was published by Nature. 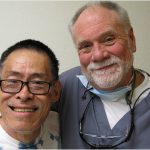 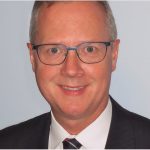