Africa is regarded as the center of evolution of humans and their precursors. Yet long before modern humans left Africa some 125,000 years ago, their antecedents migrated from Africa to Eurasia many times, as is documented in the fossil record. How often, when and why hominoids went “out of Africa” is still a hotly debated field of intense research. Possibly, the first wave of emigration occurred 17 million years before the present, as documented by finds in the Swabian northern Alpine foreland basin, southwest of Sigmaringen.

Researchers from Tübingen successfully pinpointed the age of a molar tooth at 17 to 17.1 Ma, together with colleagues from Helsinki, Munich and Stuttgart. It is thus the oldest known Eurasian hominoid found to date. The results are now published in the Journal of Human Evolution. The owner of the tooth once inhabited a lakeside landscape with subtropical vegetation in a warm-humid climatic zone. Today, there is an abandoned quarry at the locality known among palaeontologists for its fossiliferous layers.

Prof. Dr. Madelaine Böhme of the Senckenberg Center for Human Evolution and Palaeoecology (HEP) at the Tübingen University combined different methods of dating of the rocks in which the molar tooth was found. Housed at the Stuttgart State Museum of Natural History, the find itself dates to June 24, 1973. It was discovered by the founder and then-director of the Geological-Palaeontological Institute in Mainz, Prof. Dr. Heinz Tobien, in the “Talsberg” quarry in Engelswies, Inzigkofen. Only in 2001 was the molar taken under scrutiny and determined as a hominoid fossil, albeit with some insecurity regarding its age.

The dating of fossils usually requires a combination of methods. For relative dating, rapid evolutionary progress of fauna accompanying the find can be taken into account, as for example fossil teeth of the rodent Megacricetodon bavaricus. The researchers in Böhme’s group also utilized the fact that in the past, Earth’s magnetic poles displayed inversions at regular intervals. The magnetic polarity can be recorded in sediments, which can then be dated by the methods of magnetostratigraphy.

Böhme and colleagues completed the first magnetostratigraphic calibration of the Engelswies locality. Absolute age determination was achieved by referencing the data to the acknowledged “Astronomical Tuned Neogene Time Scale” (ATNTS04). The researchers ascertained inverse polarity of Earth’s magnetic field for the time during the sedimentation of a 5-m thick layer above and below the bed in which the hominoid molar tooth was found. Thus, the bed can be dated with relative precision at 17 to 17.1 Ma.

Böhme, who also heads the lab of terrestrial palaeoclimatology at the University of Tübingen, used further fossils for a reconstruction of the vegetation and climate of the area during the time of deposition. Thus, the mean yearly temperature was approximately 20°C in the area of what is now Southern Germany, some 11°C above today’s conditions. Winters were frost-free. There was a swamp to the south of the lake, full of reed beds and a coast line of trees, palm trees (amongst them the climbing rattan palms), lianas, ferns and grasses. To the north was a slope covered by an evergreen forest. This vegetation is unique in the circum-Alpine area. Possibly, this exceptional situation was the result of regional peculiarities at a time of rather fast climate change.

As the authors write, “The chronologic relationships support the idea that the Engelswies hominoid was a descendent of Early Miocene Afro-Arabian afropithecins.”

This find is thus the earliest known trace of hominoids that immigrated to Eurasia from Africa.

“The significant gap between the Engelswies hominoid and later European kenyapithecines as well as paleoclimatic considerations lead us to speculate that this early out of Africa migration end up in a dead end” African hominoids (Kenyapithecines) came to Eurasia again perhaps merely 14 Million years ago, and then evolved into the first large hominids (e.g. Orang Utan).” 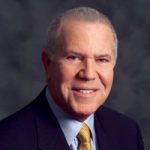 Previous post Ronald Deblinger, DMD, Becomes Chairman of the Board of Trustees of Delta Dental of New Jersey
Next post June 2011
0 Shares