The Human Papillomavirus is becoming more widespread because it is transmitted through oral sex. It is developing into a greater cause of throat cancer than some forms of tobacco.

According to an Ohio State University study, researchers found that there was a 225-percent increase in oral cancer cases from 1974 through 2007, mostly involving men.

The chances of developing oral cancer increase, depending on the number of people the person has performed oral sex on.

The research also shows that 64 percent of oral cancer cases in the United States show evidence of HPV infection. There are also a higher number of these cases among younger people.

HPV was first exposed as the cause of some oral cancers in 2000.

The research also suggests that people who performed oral sex on six or more people in their lifetime were eight times more likely at risk for mouth or throat cancer.

Still, more research is necessary to find definitive numbers on the link between HPV and oral cancer. It’s not yet known if a vaccine could protect against all forms of oral cancer, according to the study.

An HPV vaccine could be more effective for oral cancer than for cervical cancer because all mouth or throat cancer caused by HPV is from the same strain of the virus whereas two strains cause roughly 70 percent of cervical cancers. 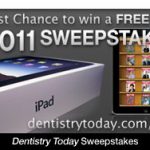