INTRODUCTION
The early 1990s was the time the use of composite materials in dentistry began to take shape. The initial composites were tooth-colored restoratives composed of organic resin matrices and inorganic fillers consisting mainly of quartz in rather large particle sizes, making restorations rough and difficult to polish.1 Although the aesthetics were a significant advantage over its predecessors, this new material’s polishability was a great concern; thus, a variety of newer materials have emerged in response to the ever-growing needs expressed by dental practitioners. Composite resins derive their physical properties/handling characteristics from their reinforcing filler particles and their viscosities from their resin matricies.2 Recently, composite categories have evolved based on resin type and filler size and now include universal composites, microfills, and bulk-fill (flowable and packable) and flowable composites. Data from Strategic Dental Marketing, Inc, shows that in 2019, approximately 62% of all composites sold fell under the universal category, with the next closest being flowable composites at 16% of the market share.

Increasing the filler load in a composite material improves its overall physical properties as well as resistance to the functional wear placed on the restorative material. The material’s viscosity is directly affected, as the increase in filler loading will result in a higher viscosity material, while less filler material will result in a low-viscosity-based material. In many clinical situations, there is a need to have a less viscous composite resin instead of a putty-like consistency in order for it to better adapt to the cavity walls.3 This led to the advent of new flowable composite resins that were introduced in late 1996.

In their early configurations, flowable, resin-based composites were conventional composites with filler loads ranging from 37% to 53% (volume); compare that to the range of 60% to 72% (volume) for most of today’s conventional hybrid materials.4 By altering the percentage of filler, the viscosity of the material becomes modified. This allows manufacturers to package their materials in small syringes with small-gauge needles, allowing for easy dispensing, especially into smaller preparations, which would otherwise be challenging to fill without voids.

Fast-forward to the year 2020, and you will see that flowable composites have evolved into much more of a widely based restorative option than ever before. The challenges flowable composites faced were in the areas of strength and fracture toughness, wear-resistance, and polymerization shrinkage as well as in modulus of elasticity. Manufacturers’ technological advancements have seen increased percentages of filler materials now in the range of 70% to 80% by volume.5 The ability of manufacturers to insert submicron particles and join them into nanoclusters has dramatically changed the physical properties of flowables.6 The changes can be seen in the literature supporting their overall increase in flexural strength as well as compressive strength.7 The concern of polymerization shrinkage is still certainly in the mindset of many practitioners, and rightfully so, as flowables still have greater shrinkage than conventional composites.8 With the argument still clear, one must turn to how to best handle the flowable composite in relation to polymerization shrinkage. In regard to the placement of flowable composite, one must look at 2 very important factors related to cavity configuration and depth of material. Cavity design is dictated by the phenomenon we all call the C-factor. What we have come to learn about this, in relation to flowables, is that a horizontal placement, rather than the traditional layering protocol of incremental layering, helps to decrease the C-factor and thus decreases the shrinkage stress.9 Secondly, by placing the layers of flowable in no more than 1-mm increments, you will receive the most favorable outcome in regard to the shortcomings of flowable composites.10 The improved filler component has also improved the aesthetic and optical qualities of flowables by allowing the passage of light through the materials, much like that of natural tooth structure, to create a restoration that merges effortlessly with the surrounding natural dentition.11 The smaller particle size also leads to a much faster and easier polishing due to the lack of “plucking” that one would experience with more dated materials containing large-particle-size fillers. Utilizing various shades of flowable layered over each other for subtle color combinations gives practitioners unparalleled freedom in developing natural-looking restorations.12 The following case will highlight the use of a flowable composite to restore an undetectable Class V lesion on a mandibular canine.13

CASE REPORT
A 57-year-old female presented with an area of concern along her lower left gumline. Upon further evaluation, it was determined that she had a carious lesion along the facial surface of tooth No. 22 (Figure 1). Additionally, it was noted that she had numerous non-cervical carious lesions in other areas of her mouth, such as the one that can be seen on tooth No. 21 in the other images. Due to a lack of symptoms in tooth No. 21, an occlusal evaluation, as well as other factors, were evaluated prior to giving any restorative options to the patient at a later date.

After verifying the patient’s medical history, a mental block was used to anesthetize her, utilizing 1 carpule of 4% Articaine with epinephrine 1:100,000 (Septodont). Isolation would have been preferable under a rubber dam setting; however, due to the patient’s intolerance, we utilized a DynaFlex Cheek Retractor (DynaFlex) to help achieve an optimal working environment. A #00 Ultrapak Cord (Ultradent Products) was then placed to allow easier access to the carious lesion (Figure 2). Decay removal was then underway. Utilizing an electric handpiece (Bien-Air Dental), rotation adjustment settings can be made to incorporate high speeds for mass removal and then slow it down for more precise decay removal. The selective-etch technique was incorporated into this procedure in order to take advantage of the benefits phosphoric acid can provide by increasing the bond strength to enamel. A 35% phosphoric acid (Ultra-Etch [Ultradent Products]) was placed on the enamel for 15 seconds (Figure 3). CLEARFIL Universal Bond Quick (Kuraray Noritake) was then applied in an agitating fashion with vigorous scrubbing for 3 to 5 seconds (Figure 4). This was then air-thinned, followed by light-curing for 10 seconds using the VALO curing light (Ultradent Products). The first layer of CLEARFIL MAJESTY ES Flow (Kuraray Noritake) shade A-3 was applied evenly in a very thin layer of approximately 0.5 mm across the entire floor of the preparation (Figure 5).

The second layer followed the same rule previously mentioned by maintaining a very thin layer of 0.5 mm to no more than 1 mm, directing the CLEARFIL MAJESTY ES Flow shade only to the gingival portion of the restoration (Figure 6). By doing this, we were taking advantage of the shade options to help produce a seamless restoration.

The third and final layer, in this case, involved placing the same flowable, but this time, shade A-2 was used to help blend the restoration with the middle third of the tooth (Figure 7).

The final restoration was slightly overfilled (as shown in Figure 8) to allow finishing with either a fine diamond or a fluted carbide bur. The finishing protocol goes rather quickly when utilizing a highly filled nanoparticle flowable like CLEARFIL MAJESTY ES Flow, as the smaller particle size equates to a smoother finish. The final polishing step was accomplished using a one-step diamond-impregnated polisher (Jazz Polisher [SS White Dental]) running at approximately 10,000 rpm (an advantage of using an electric handpiece) with light pressure (Figure 9). The final restoration, immediately after cord removal, shows a wonderful balance of shade match, marginal integrity, and high polish to mimic that of natural tooth structure (Figure 10).

Dr. Schmedding has been a practicing cosmetic and restorative dentist for the last 25 years. He is a 1993 honors graduate from the University of the Pacific, Arthur A. Dugoni School of Dentistry. He currently maintains a private practice in Walnut Creek, Calif. Dr. Schmedding works with numerous manufacturers on the implementation and testing of various restorative products being brought to market. He speaks and teaches nationally and internationally on both aesthetic and restorative dentistry. He can be reached at troy.schmedding.dds@gmail.com. 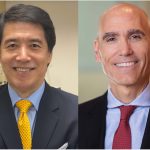 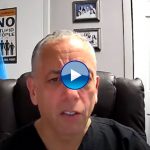