The debate will continue but a new study recently demonstrated the positive impact fluoride has on dental health.

The researchers from the University of North Carolina at Chapel Hill and the University of Adelaide in Australia concluded that when fluoride is placed in drinking water, there are positive results and less tooth decay. This even applies to people who weren’t exposed to fluoridated water as children.

Some previous studies came to the conclusion that only children who consumed fluoride from birth could benefit from it. But this study debunks that notion. This information shows that even more people may benefit from fluoride than most studies would even indicate.

To compile the data, the research team looked at nearly 3,800 people aged 15 and older in Australia from 2004 through 2006. The researchers examined the levels of decay of the people based on where they lived since 1964. The locations were then matched up to see if the people lived in communities with fluoridated water. A determination was then made on how much fluoride each person had been exposed to and if there was any correlation with tooth decay or other oral health problems.

The study appears in the Journal of Dental Research.

The reason for the study is because many Australian cities without fluoridation want to add fluoride to their cities, which is a no-brainer according to Kaye Roberts-Thomson, one of the study’s co-authors. Many of the people against fluoride, however, would beg to differ. 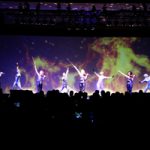 Previous post Leading the Future in Chicago!
Next post Nobel Biocare announces the endowment of the (FOR)
0 Shares