A new discovery has been made regarding childhood dental disease, according to The Forsyth Institute.

Dr. Anne Tanner conducted a study that pinpointed a new pathogen that appears to have a connection with severe early childhood caries. There was a certain bacterium, Scardovia wiggsiae, that was found in the mouths of children who were suffering from severe caries problems. Other known pathogens like Streptococcus mutans did not appear in their mouths.

It’s conceivable that this finding may prevent this disease.

For children, early childhood caries is the most common chronic infectious disease in the United States. The results may be disastrous, including causing significant damage to primary teeth, producing abscesses. It is one the highest causes of hospital visits for children.

This study in its entirety sheds new light on the accepted information regarding microbiota of severe early childhood caries. It will be published in the April issue of the Journal of Clinical Microbiology.

Dental caries come from the combination of bacteria, host susceptibility and large amounts of sugar. If they don’t react favorably for the person, dental caries will be the result.

The current accepted belief is that Streptococcus mutans is involved with early childhood caries. This study may change that thinking. 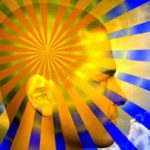