A new way to determine the amount of titanium in the blood of patients with orthopedic implants is demonstrated in the recent issue of Analytical and Bioanalytical Chemistry.

A research team at the University of Oviedo in Spain created a method that can quantify the amount of titanium in human blood. This finding is important to dentistry because titanium implants are used in dentistry on a regular basis.

The problem involving titanium is that it may corrode and degrade, resulting in some kind of metallic debris. This could lead to problems in the future, but the titanium level in the bloodstream would have to be measured to determine the extent.

To compile the data, the team took blood from 40 healthy people, and 37 people with some type of titanium implant. The new method was used to look at the blood samples.

The results indicated that people with implants had a much larger amount of titanium in their blood. The researchers also learned more about titanium and its interaction with the blood through their study.

The research team was led by Yoana Nuevo-Ordoñez and colleagues of the Sanz-Medel research group at the University of Oviedo in Spain. 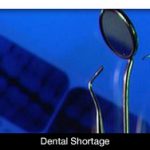 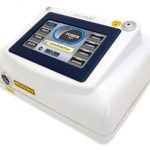