A New Jersey dental company allegedly defrauded Medicaid out of more than $181,000.

The state Comptroller’s Office filed the claim against an East Orange dental group. The claims state that Anicia Cruz-Sledge took over the Gentle Dental Group in 2007 because her husband suffered from a medical condition prohibiting him from working in his dental practice.

Cruz-Sledge then proceeded to make Medicaid charges using her husband Edward’s name. She even hired someone—Carl McGloster—who had been disbarred from participate in Medicaid in an attempt for him to take the place of her husband.

Anicia Cruz-Sledge also admitted to posing as a dental assistant and hygienist without being licensed to do so. In addition, she hired two other dentists who weren’t approved to provide services to patients.

New Jersey stopped the Medicaid payments to Gentle Dental earlier this year and looks to recoup $1.3 million. The state is also seeking $510,000 from McGloster for the improper Medicaid claims. McGloster allegedly wrote 427 prescriptions to Medicaid patients, even though he wasn’t allowed to partake in the program. 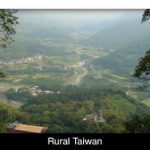