The first example of self-medication has been discovered after a study of Neanderthal dental tartar.

Dental tartar collected from a sight in the northern part of Spain indicated that the ancestors of humans gathered around fires to cook plants, with the goal being to create medicinal potions, in addition to food. This was about 50,000 years ago.

The research shows that Neanderthals consumed various types of food. Prior findings suggested the Neanderthals ate meat, but this research demonstrates that they ate plants as well.

The study showed that there was cracked tartar, which signifies that the Neanderthals cooked plants before eating them. The study also concluded that the plants were wood-smoked.

There wasn’t much protein in their diet, meaning these particular Neanderthals didn’t consume as much meat as others. There was one Neanderthal that showed signs of eating yarrow and chamomile, which were thought to be an anti-inflammatory. 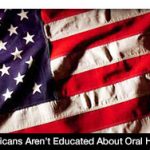 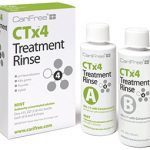