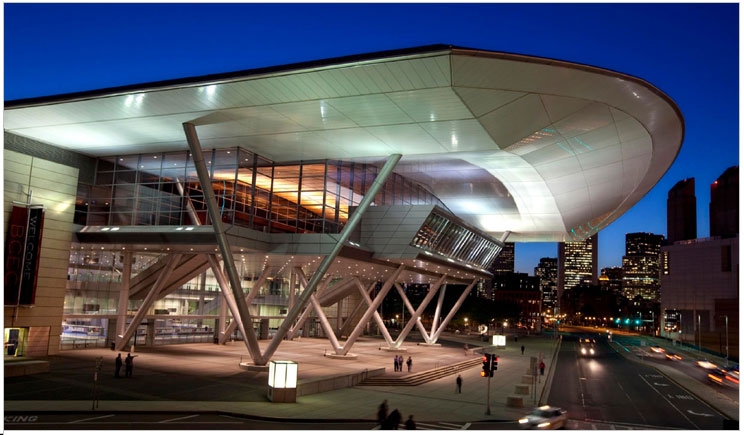 Yankee Dental Congress (YDC) 2016 launched in Boston with exhibitors and educators looking at the road ahead. And the show delivered with access to the profession’s top companies and clinicians, all revealing tools and techniques designed to help attendees and their practices.

“Our theme this year is ‘Navigating Our Future,’ because dentists very much want to control what we do,” said Lisa Vouras, DMD, general chair of YDC 2016, presented by the Massachusetts Dental Society (MDS). “It’s nice to be able to steer our own course.”

The companies among the more than 450 exhibitors at the show revealed their latest technologies, and attendees were eager to learn more about them. For example, CBCT machines were hot attractions on the exhibition floor and in the continuing education (CE) classrooms.

“We have a course on CBCT development, and it’s sold out. There are people waiting on line to get in. It’s basically showing different products and giving hands-on demonstrations,” said Vouras.

“It’s pretty big. A lot of general dentists are now placing their own implants. It’s pretty much from the crown down. The prosthetics are in place digitally, and then it’s brought to the patient. The blueprint is there. You already know what your end result’s going to be,” she said.

CAD/CAM technologies and 3-D printing also were big draws in the classrooms and in the hall. Lasers were showcased as well, as several companies gave dentists the opportunity to try their lasers out right in their booths.

“You don’t need any anesthetic with lasers. They’re also quiet. They don’t remove existing restorations,” said Vouras, who added that while lasers may be cost-prohibitive for some practices now, their prices will come down as the technology evolves.

The MDS also is improving the technology it provides its members. For example, attendees at YDC could navigate around the show, register for CE credits, and access social media right from a free app on their phone.

The show examined new perspectives in dentistry, too. More practitioners are considering the entire body in treating their patients. The show, then, hosted its second annual interprofessional symposium called “The Body on Fire.” Sessions examined periodontal disease, chronic inflammation, stress, nutrition, and even meditation.

“Inflammation is pretty much what causes all of these things, from diabetes to coronary artery disease, to things in the gastrointestinal tract like irritable bowel syndrome to Crohn’s disease,” said Vouras. “We don’t just treat the head and neck anymore. Whatever you’re doing in the mouth, because you’re stirring up bacteria, could potentially cause harm to the person.”

The YDC keeps its community in mind as well. It partnered with TeamSmile to provide a free clinic for approximately 300 underserved children from Dorchester and Roxbury in Massachusetts. More than 400 volunteers including dentists and hygienists provided cleanings, sealants, x-rays, and restorations.

“What we’re trying to do is get the kids here so they can at least be screened and get any necessary work that needs to be done. People just love it because, obviously, we’re in this profession to help people. And to give back, especially for children, is a huge takeaway for us,” said Vouras.

The volunteers taught the kids about oral hygiene during the clinic, showing them how to brush and telling them to do it twice a day for 2 minutes each. But instructing children about dental care isn’t enough, Vouras said. Reaching out to parents also is essential.

“You’ll have children where the parents don’t speak English and they don’t feel comfortable going to people,” she said. “They’ll wind up with decay on their baby teeth, and that could subsequently cause problems to their secondary dentition. If we can get to the adult and get them on board, and really train the child to do what we ask them to do, it’s wonderful.”

The MDS is reaching out to millennial dentists too, particularly through technology. Through the organization’s app, users can access the events calendar, contact board members, maintain their profile details, review regulations and contacts, and get the latest news and updates. And the society wants these young practitioners to know that their participation is needed.

“There is strength in numbers, from legislation to the general things that dentists care about,” Vouras said. “In insurance, if we’re a good group, we can get group rates. We’re able to do things like that. We started the Eastern Dentists Insurance Company because we needed malpractice insurance, because nobody was out there for dentists in the MDS.”

The society also notes that millennials are more engaged in their communities too, and the MDS believes it can give these practitioners new opportunities to get involved. Its New Dentists Committees enable young dentists to connect with their peers, for example, in addition to functions like the exhibition’s New Dentist Social Hour.

And during the American Student Dental Association District 1 Debate at the show, Alex Kerbaugh and David Veleck of the University of New England College of Dental Medicine Class of 2017 took first place, beating rivals from the University of Connecticut, Boston University, Tufts University, Harvard University, and a pre-dental team.

“The MDS also does the ‘10 Under 10.’ In our journal, we focus on 10 graduates within 10 years of graduating and what they’ve contributed to society, what got them to go into dentistry, and what they’re doing now,” Vouras said. “They’re usually people who are a little more outstanding in their field in this age group.”

Dentists of any age who want to get involved, though, have plenty of opportunities. Members can participate in various committees. Participants in the Leadership Program work on different projects. Guest board members can take a seat on the governing body and have a voice in the issues the MDS is discussing, too.

“The guest board member position gets people involved. It gets young people to participate. They see it’s not as intimidating as they think it is,” Vouras said. “I was one. And then I became a trustee, and then I became assistant secretary. So if you want to, you can go farther. I always said, if I’m going to be a dentist, and things change, I want to be there and help guide what happens.”

Overall, one of the MDS’s top goals is driving membership. It can be a challenge, however, as today’s dentists don’t have the time to dedicate to the society that previous generations had. Similar service organizations like the Lions Club and Kiwanis, Vouras said, are having the same troubles in attracting new people.

“Young fathers are not the fathers of the 1950s. They are very engaged in their families, and they don’t have the time. Their wives want them home after the office, rather than going to a meeting,” Vouras said. “Even if we have online meetings, things like that, where they can be home for an hour out of their night, they could potentially do it.”

Female dentists are encouraged to join, too. Vouras noted that women make up 60% of today’s dental school classes, and that demographic needs to be very well represented. The MDS, she added, just needs to figure out what will get these new dentists, male and female, through the door. And, as she said, it’s an “awesome” profession.

“You can set your own hours. You can work as hard as you want to,” Vouras said. “I do it for the patients. And every day, even though I may do similar procedures, it’s the person that’s in the chair. I’ve learned so much from them.”

Going to Yankee Dental? There’s an App for That 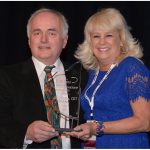 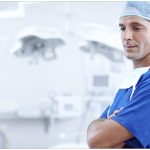 Next post Are You Required to Pay Out or Roll Over Unused PTO?
0 Shares