Paul William Hill, the director of PW Healthcare Consulting Limited, pleaded guilty to four offenses. The main one was practicing dentistry even though he wasn’t registered to be able to do that.

Hill was also fined as part of the sentencing.

The United Kingdom enacted the Dentists Act in 1984 to prohibit illegal dentistry.

The General Dental Council is happy with the harsh sentencing because it may send a message to other people who want to practice dentistry illegally. 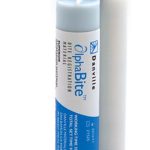