Low-Level Laser Therapy: An Alternative to Opioids in Dentistry 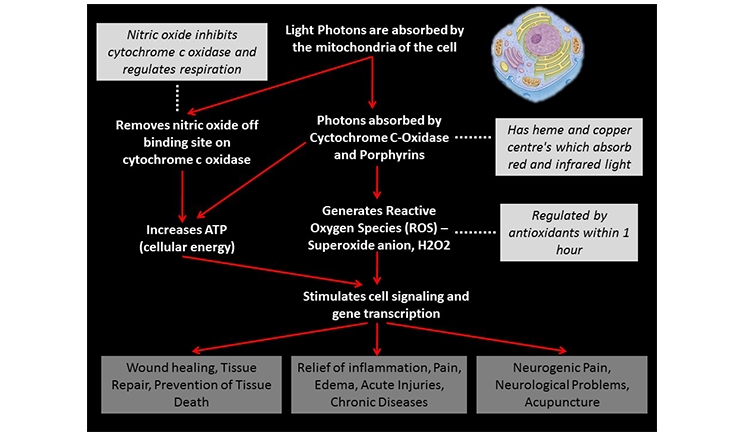 What if you had technology that could reduce your patients’ pain, improve their wound healing, relieve muscle tension, and regenerate nerves, all without pharmaceuticals or side effects? Although it may sound unbelievable, such a tool does exist!

Photobiomodulation (PBM) has been used clinically since 1967, when Endre Mester of Hungary published his first articles on the topic. Historically, other terms have been used to describe these PBM devices, including low-level lasers, soft lasers, and cold lasers.

The term photobiomodulation is derived from:

PBM is the use of light energy from lasers or LEDs to elicit cellular and biological responses in the body. Light photons act on several cell processes to stimulate the release of cellular energy (in the form of adenosine triphosphate, or ATP), which can be used to facilitate the restoration of normal cell morphology and function (Figure 1).

The cellular response from cells, which follows the Arndt-Schultz law, is called the biphasic dose response.1 From a clinical standpoint, the biphasic dose response means that a low dose of light energy will result in cellular stimulation (eg, stimulation of fibroblasts for improved tissue healing), whereas a higher dose of light energy results in a cellular inhibition (eg, reduction of inflammatory chemicals) (Figure 2). This additional cellular energy is also available to power many secondary side effects (table).

Most dentists think of hard-tissue or soft-tissue lasers that are used to cut enamel or soft tissue when they hear the word laser. Though many dental practitioners know little about them, low-level lasers and LEDs also can be invaluable tools.

In fact, almost every aspect of a dental practice can benefit from PBM, whether it’s a general dental or a dental specialty practice. Applications include stimulation of endorphins; reduction in the conduction of nerve fibers that carry pulpal pain (C-fibers); stimulation of fibroblasts, osteoblasts, and odontoblasts (which create soft tissue, bone, and dentin, respectively); and increased circulation and lymphatic drainage. All of these uses can help improve clinical outcomes and decrease patient pain after treatment.

Pain, swelling, bruising, and inflammation after an extraction all can be significantly reduced with laser irradiation, reducing or eliminating the need for post-operative analgesics.2 Clinically, the use of PBM allows difficult surgical extractions to be performed without the need for post-operative narcotic analgesic prescriptions. This can have a large societal impact due to the growing epidemic of opioid addiction. The healing of the extraction site also is accelerated, primarily due to the stimulation of fibroblasts.

Recently, I saw a patient who needed multiple extractions for a mandibular denture. In addition, he had two large mandibular tori (2 cm long and 1 cm out into the tongue space). With tori this large, it would be impossible for him to wear a full denture.

There were nine teeth to be extracted. Unfortunately, one of the roots of a molar had fractured, so it was necessary to remove bone interproximally and mesially so the root tip could be elevated out.

Large bilateral flaps were made so the tori could be exposed. A surgical bur was used to cut two thirds of the way through the tori, which were then fractured off with an elevator. A bone file was used to smooth the lingual surface of the mandible, and the flaps were then sutured.

Before suturing, the low-level laser was placed in the socket and an inhibitory dose of 8J/cm2 was given to each tooth (Figure 3). Also, 8J/cm2 was applied to the lingual of the mandible where the tori were removed.

I used an 808-nm, 250-mw laser with a 1-cm diameter tip size. Under normal circumstances, I would have expected the patient to experience severe pain and would have prescribed 25-mg Percocet tablets immediately with one every four to six hours.

Today, I do not use any opioids thanks to PBM, so I prescribed 10 mg of Toradol. I told the patient to take one when he got home and every four to six hours as needed. I also warned him about possible swelling and bruising.

I called him the next day to follow up. After taking the one Toradol, he did not need to take any more and said he was not in pain. I addition, there was no swelling or bruising. When I removed the sutures the following week, the healing was excellent, and the flaps were fully closed.

An article by Kahramanet et al in the peer-reviewed journal Photomedicine and Laser Surgery compared applying the laser energy extra-orally and intra-orally to a placebo. The intra-oral placement was superior to extra-oral, but both were better than a placebo.2

There are many other applications of PBM in a dental office:

In several thousand studies done on photobiomodulation, no clinical side effects have been reported. Photobiomodulation merely restores ATP levels in the mitochondria to normal levels, so it is the cellular response that is delivering a clinical result.

Where Can I Learn More?

A huge benefit of PBM is that patients see their dental practitioner doing something extra to reduce the pain or discomfort that may have been caused during the appointment. The very nature of what dentists do causes pain and inflammation.

PBM requires a paradigm shift. Instead of using drugs to treat the pain after it has started, a dentist now can treat the pain immediately and without the use of narcotics in the dental office and, in many cases, mitigate the pain before the patient feels it.

In an aging population that often relies on multiple medications, this is a huge positive result. PBM is an effective alternate or adjunctive tool to achieve improved clinical effects. It is a benefit to the dental practitioner and patient to investigate PBM, an untapped and underutilized resource in the dental industry.

Dr. Ross has been practicing general practice dentistry with a special interest in facial pain in Tottenham, Ontario, since 1971 and has been using lasers in his practice since 1992. He has given over 200 courses and lectures on the subject both nationally and internationally and has published 15 articles. He has written chapters for two textbooks and is a peer reviewer for four laser journals. He holds Advanced Certification and is a Certified Course Provider from the Academy of Laser Dentistry (ALD) and has fellowship status in the American Society of Laser Medicine and Surgery. In 2016, he received the Leon Goldman Award from ALD as that year’s outstanding laser clinician. Contact Dr. Ross at ddsross@rogers.com. 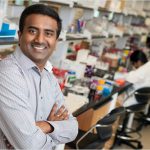 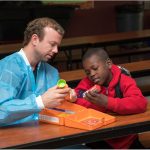