Lifetime of Physical Activity Yields Measurable Benefits as We Age

The benefits of physical activity accumulate across a lifetime, according to a new study published in the October issue of the American Journal of Preventive Medicine. Researchers in England and Australia examined the associations of leisure time physical activity across adulthood with physical performance and strength in midlife in a group of British men and women followed since birth in March 1946.

“Maintaining physical performance and muscle strength with age is important given that lower levels in older populations are associated with increased risk of subsequent health problems, loss of independence, and shorter survival times,” commented lead investigator Rachel Cooper, PhD, Medical Research Council (MRC) Unit for Lifelong Health and Ageing. “As the global population ages, there is a growing need to identify modifiable factors across life that influence physical performance and strength in later life. We found that there are cumulative benefits of physical activity across adulthood on physical performance in mid-life. Increased activity should be promoted early in adulthood to ensure the maintenance of physical performance in later life. Promotion of leisure time activity is likely to become increasingly important in younger populations as people’s daily routines become more sedentary.”

The study, conducted by investigators from the MRC Unit for Lifelong Health, London, United Kingdom, and the School of Population Health, University of Queensland, Australia, used data from about 2,400 men and women from the UK Medical Research Council National Survey of Health and Development. They analyzed self-reported leisure time physical activity (LTPA) levels at 36, 43 and 53 years of age. During the 53-year investigation, grip strength, standing balance, and chair rise times were measured as indicators of strength and physical performance.

Grip strength is a measure of upper-body muscle condition. Chair-rise times are associated with lower body strength and power, as well as cardiorespiratory fitness. Standing balance requires mental concentration and subtle motor control and measures a number of neurophysiological and sensory systems.

Participants who were more active at all three ages showed better performance on the chair-rise test. Persons more active at ages 43 and 53 had better performance on the standing balance test, even after adjusting for covariates. However, physical activity and grip strength were not associated in women and, in men, only physical activity at age 53 was associated with grip strength.

Dr. Cooper added that the findings in relation to chair rising and standing balance performance suggest that promotion of leisure time physical activity across adulthood would have beneficial effects on physical performance later in life and hence the functional health and quality of life of the aging population, especially as the size of the differences in performance detected may be clinically relevant. 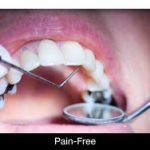