The country’s government voted to increase the number of people covered, and will now include 12-year-olds. There will soon be more than 200,000 additional children that will be eligible for discounted dental care.

The new program will take effect July 1, and as many 267,000 children will reap the benefits. Unfortunately for many children, their parents aren’t taking them to dentist to take advantage of opportunities like this one.

This change will cost the Israeli government as much as $20,718,960 or about NIS 80 million. That’s why there are some people against this expanded dental coverage. Some people also believe that the only thing the government focused on was the expanded coverage and not the impact it will have in other areas.

At a recent cabinet meeting, the Prime Minister of Israel, Benjamin Netanyahu, confirmed that the expanded coverage will take effect. The government unanimously voted in favor of the expansion, meaning 1.5 million children will be the beneficiaries of free dental coverage. 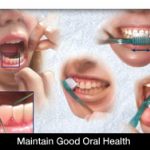