Officials from a northern Canadian Territory are asking for better dental care for its citizens.

The Inuit people of Nunavut are more susceptible to having dental issues than other people, according to a survey. That’s why officials are calling for better dental services for the people indigenous to the area.

The Health Canada Inuit Oral Health survey was conducted in March. The results showed that more than 85 percent of the Inuit children demonstrated signs of having cavities in at least eight teeth. The information also indicated that many of the people don’t visit a dentist even though the possibility of developing a dental problem is so high.

The statistics for teenagers are even worse. Nearly 98 percent of teenagers have some kind of tooth decay. Since most of the Inuits don’t visit a dentist, these problems are only exacerbated over time. And once the decay reaches a certain point, it’s not possible to save the tooth—extraction is the only option.

A poor diet and smoking contribute the to oral health issues. The biggest problem, however, is the lack of regular dental visits in most cases. Many of these problems could be limited or even prevented by seeing a dentist on a routine basis.

The road on the path to a solution to this problem would require more dentists and the availability of regular dental visits for the people in the Inuit communities.

There are some dentists that fly up to this area of Canada to host dental clinics to treat as many people as possible. The issue there is that there are so many people that need dental work that they all can’t be treated in a limited amount of time.

Nunavut’s size makes it the largest province in Canada, yet it has the smallest population. Its size is comparable to that of Western Europe and it’s the northernmost permanently inhabited area of the world. All of these geographic factors make it difficult for the people to receive the proper dental care they need because there just aren’t that many dentists around.

Previous post Take Your Cosmetic Practice To The Next Level 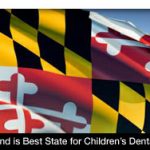