About 1,500 dental patients may need to see a doctor.

A certification board in British Columbia issued a warning after Tung Shen Wu—also known as David Wu—was declared unqualified to practice dentistry, according to the College of Surgeons of British Columbia.

The college raided Wu’s bedroom, which was used as this illegal clinic. The Canadian Broadcasting Corporation obtained video showing dirty and unorganized conditions, dusty shelves and a lack of sterilized water, among other problems.

It’s conceivable that the patients—mainly Chinese-Canadians—were exposed to HIV and hepatitis B or C. These patients were urged to be tested for these diseases.

Wu had already received a court injunction to halt his practice 10 years ago. After telling authorities he was leaving the country, his current clinic was found in May. Wu received some kind of dental training in another country but his level of expertise is not up to British Columbia’s standards.

The Royal Canadian Mounted Police will determine whether or not criminal activity occurred. Coincidentally, there happens to be another dentist with the same name who lives in Burnaby, British Columbia who wants to clear his name because he was not associated with this illegal dentistry. 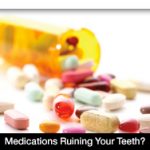