How to Take a Dinosaur’s Temperature

How warm was a dinosaur’s blood? Researchers report that it was about as warm as ours, based on a chemical analysis of sauropod teeth, of all things. The novel findings, published today by the journal Science, are consistent with the view that at least some dinosaur species were warm-blooded—and suggest a way to settle the controversy conclusively.

"What we’re basically doing is sticking a thermometer up a dinosaur’s butt," study co-author John Eiler, a geochemist at Caltech, said jokingly.

What the researchers actually did was to drill out samples of fossilized tooth enamel from an assortment of sauropods, the largest kind of dinosaurs. Then they analyzed how different isotopes of carbon and oxygen were bonded together in apatite, a rare form of carbonate found in the enamel.

Past experiments have shown that the heavier isotopes—carbon-13 and oxygen-18—are more likely to clump together when the carbonates are formed at lower temperatures. At higher temperatures, the bonds are more randomly distributed, and you don’t see as many of the heavy isotopes clumping together. The precise proportion of the clumped isotopes can tell you the average body temperature of a toothy organism.

"This is the basis of the ‘thermometer,’ but it’s a thermometer where all the information that allows you to rigorously calculate temperature is preserved in a single phase," Eiler said.

He said clumped-isotope thermometry has been tested with teeth from sharks, birds, crocodiles, rhinos and elephants, "and it just works for all of them." The procedure was also tried on a woolly mammoth’s 20,000-year-old teeth and the 12 million-year-old teeth of an ancient crocodile and rhino. But this is the first time results have been reported from 150 million-year-old dinosaur teeth.

The analysis was done on 11 teeth from Brachiosaurus and Camarasaurus dinosaurs from Tanzania, Oklahoma and Utah. Other samples were judged unsuitable for the sensitive chemical tests.

"Did we do it perfectly?" Eiler said. "We believe that we found a result that we’re confident in, but it’s not easy."

Luis Chiappe, director of the Dinosaur Institute at the Natural History Museum of Los Angeles County, told me in an email that the findings were "quite interesting and promising."

Warm blood … but warm-blooded? It turns out that the temperature Eiler and his colleagues came up with—36 to 38°C, or 97 to 100°F— is consistent with previous estimates produced by other methods. But Eiler said those methods, including one that involves comparing the different oxygen isotopes in dinosaur teeth, resulted in less direct measurements.

"None of those are simple applications of a thermometer," he said. "They all require some kind of assumption about the nature of the body fluid that the structure grew from."

The key point behind the research isn’t necessarily that dinosaurs had blood as warm as ours.

"The deeper question is, how did they get that way?" Eiler said. "What allowed them to get to that temperature? Was it through regulation of their metabolism, like it is for us? Was it simply their size? This is the next step."

Some scientists hold to the view that dinosaurs as a group might not have been strictly warm-blooded (like today’s birds and mammals) or cold-blooded (like most reptiles). They suggest that some dinosaurs were big enough to keep their blood warm due to thermal inertia—as alligators and Galapagos tortoises do.

Eiler said the newly published temperature estimates are not consistent with that hypothesis. "They’re not as hot as they were supposed to be," he said, "and that tells us there’s something about dinosaur physiology that we don’t understand."
To get at the answer, the scientists want to take lots more temperature readings, using the tooth enamel from big and little dinosaurs: from juvenile sauropods and dwarf sauropods, as well as from another class of dinosaurs known as theropods, which include Tyrannosaurus rex and are thought to be more closely related to birds.
"If sauropods were like mammals, you would expect the small animals to have the same body temperature as the large ones," Caltech biologist Robert Eagle, the Science study’s lead author, told me. But if the temperature readings vary significantly, that would tip the scales back toward the thermal-inertia hypothesis — or it might force scientists to come up with a whole new hypothesis.

Beyond dinosaurs And that’s just the start. "When you start to think about the evolutionary transition between dinosaurs and birds, maybe you can interrogate these evolutionary transitions and find out when warm-bloodedness arrived," Eagle said. "We have no idea when that happened."
If it turns out that dinosaurs were truly warm-blooded, scientists could work their way backward toward the common ancestor of dinosaurs and crocodiles, to study how body temperature regulation might have evolved during the Permian geologic period, more than 250 million years ago. "The only limitation is whether there’s enough well-preserved fossil material," Eagle said. "That doesn’t necessarily depend on age. … It’s definitely theoretically possible that we can go all the way back to the Permian."

Eagle said the clumped-isotope thermometer has already been used on rocks and the shells of marine organisms to study ancient climate change, and now it’s being applied to a meteorite from Mars as well. In that experiment, researchers want to find out "whether this meteorite experienced high temperatures on the journey from Mars to Earth," he said. If there’s no evidence of high temperatures, that might support claims that organisms could make their way between the planets inside such meteorites—an idea that set off a storm of controversy earlier this year.

Eiler said we’ll probably be hearing much more about this temperature-taking technique in the years to come: "It’s still recent enough and exotic enough that you wouldn’t quite want to call it mature, but it’s established. … Applying it to teeth, I think our lab remains unique in doing that, although I’m sure other labs will be doing it soon." 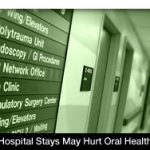 Next post How to Prosper in the New Economy
0 Shares