It could take weeks to months to determine the extent of permanent damage from a brain injury like the one sustained by Rep. Gabrielle Giffords (D-Ariz.) in the tragic shooting that occurred Jan. 8 in Tucson, Ariz. So far, her doctors are optimistic—she can breathe on her own, and responds to verbal commands by wiggling her fingers and giving a thumbs up, and has shown movement on one side of her body, all of which are huge achievements this early in recovery.

Peter Rhee, the head of the University of Arizona Medical Center’s trauma unit where Giffords is being treated, said yesterday that she has a “101 percent chance of survival.”

But how does the brain patch itself up and regain function after a gunshot injury?

Two types of injuries typically occur with a gunshot to the head, Michael Alexander, a neurosurgeon and clinical chief of neurosurgery at Cedars-Sinai Medical Center in Los Angeles, told Life’s Little Mysteries. One is shear injury, caused as the bullet pierces the brain and tears tissue.

The neurons and tissue that were shredded and removed when the bullet passed through Giffords’ head are permanently lost; the brain can’t grow new neurons. This does not mean, however, that the functions that these cells were responsible for will be lost forever: Other brain cells can sometimes learn, to a certain degree, to perform these same functions.

As for the hole created by the bullet’s path, surrounding brain tissue will fill that in, sort of like how Jell-O seals back together after you poke it, Alexander said.

The other type of injury occurs as a result of the shock wave from the bullet rippling through the tissue.

To avoid complications from swelling (pressure building up in the brain), Giffords’ doctors performed a standard procedure and temporarily removed a portion of her skull so that her brain would have plenty of room to expand without pushing against bone and experiencing further trauma. She is now in what’s called a chemical-induced coma, which gives her brain a chance to heal and for the swelling to come down. Swelling and other types of shock wave damage can also be controlled with medications.

Although full recovery of such a vital organ is hard to imagine, it is possible, Alexander says. For example, people who suffer from strokes can regain full function with time. It could take weeks or months; it depends on the person, he said.

The gunshot that struck Giffords passed through the left side of her brain only. This is fortunate for two reasons. First, because each section of the brain is responsible for a different set of functions, confining the damage to the left side means that the right side should be able to continue performing its tasks as normal. Second, gunshot wounds that strike both sides often cause blood to flow into the brain’s ventricles, the deep areas of the brain that hold spinal fluid.

“When bleeding occurs [in the ventricles] it is more likely to cause hydrocephalus, or increased fluid, in the brain,” Alexander said. “That can acutely lead to death.” 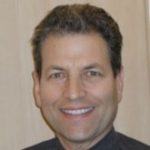