Vascular brain injury from conditions such as hypertension and stroke can have “distinctly negative effects” on the ability to solve problem and organize thoughts as we age, experts say.

Bruce Reed, professor of neurology at the University of California, Davis, and colleagues wanted to see if there was a correlation between vascular brain injury from hypertension and stroke and the deposition of beta amyloid plaques, thought to be an early and important marker of Alzheimer’s disease. They also wanted to decipher what effect each has on memory and executive functioning

“The first question was whether those two pathologies correlate to each other, and the simple answer is ‘no.’ Earlier research, conducted in animals, has suggested that having a stroke causes more beta amyloid deposition in the brain,” Reed said. “If that were the case, people who had more vascular brain injury should have higher levels of beta amyloid.

The research was conducted in 61 male and female study participants who ranged in age from 65 to 90 years old, with an average age of 78. Thirty of the participants were clinically “normal,” 24 were cognitively impaired, and 7 were diagnosed with dementia, based on cognitive testing.

The study, published in JAMA Neurology, indicates that both memory and executive function correlated negatively with brain infarcts, especially infarcts in cortical and sub-cortical gray matter. Although infarcts were common in this group, the infarcts varied greatly in size and location, and many had been clinically silent.

The level of amyloid in the brain did not correlate with either changes in memory or executive function, and there was no evidence that amyloid interacted with infarcts to impair thinking.

Reed says the study is important because there’s an enormous amount of interest in detecting Alzheimer’s disease at its earliest point, before an individual exhibits clinical symptoms. It’s possible to conduct a brain scan and detect beta amyloid in the brain, and that is a very new development, he says.

“The use of this diagnostic tool will become reasonably widely available within the next couple of years, so doctors will be able to detect whether an older person has abnormal levels of beta amyloid in the brain. So it’s very important to understand the meaning of a finding of beta amyloid deposition,” Reed said.

“What this study says is that doctors should think about this in a little more complicated way. They should not forget about cerebrovascular disease, which is also very common in this age group and could also cause cognitive problems. Even if a person has amyloid plaques, those plaques may not be the cause of their mild cognitive symptoms.”

Researchers from UC Berkeley, UC San Francisco, the University of Southern California, and the Buck Institute for Research on Aging contributed to the research.

The National Institutes of Health funded the study. 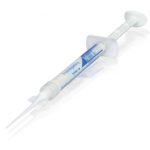 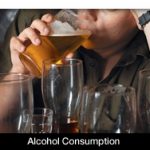