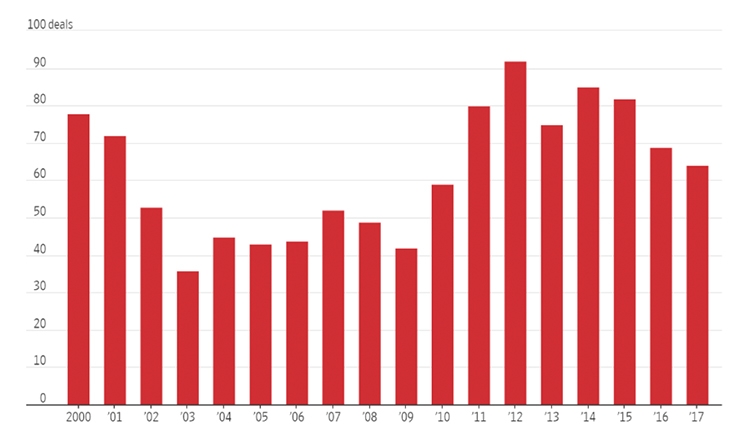 On October 12, 2017, President Donald Trump directed the departments of Health and Human Services (HHS), the Treasury, and Labor to facilitate development and operation of a healthcare system that provides high-quality care at affordable prices through choice and competition.

In response, these departments worked with the US Federal Trade Commission and offices within the White House to develop a 119-page report, published on December 3, 2018, that addresses the impact of government upon the healthcare market and recommends improvements.

The report highlights the inconsistency between increased healthcare spending and reduced health and longevity for citizens. It says that billing for healthcare is too complex and that provider choice is too limited. Also, insurance premium increases outpace both wages and tax revenues. The report recognizes and critiques state and federal rules and regulations, which inhibit choice and competition.

The report clearly focuses on the medical and pharmaceutical industries, although elements of the dental industry are addressed directly or indirectly. It also acknowledged positive steps already taken by the current administration:

The presentation letter to President Trump from HHS, Treasury, and Labor concluded with acknowledgement of “entrenched and powerful special interest groups that reap huge profits from the status quo.” In the dental industry, these special interest groups might include the insurance industry, elements of the dental service organization (DSO) industry, the dental  education-industrial complex, and Medicaid managed care organizations (MCOs), which are private companies that manage Medicaid for the states.

The current administration is advocating for free-market competition. It desires optimal choice for healthcare consumers. In the dental industry, we have multiple examples where marketplace competition has been stifled. Many states only offer Medicaid dental patients one or two options for MCOs, which include companies like MCNA and DentaQuest.

MCOs don’t offer true insurance plans, as none of the MCO’s money is at risk. MCOs are usually paid a percentage on the total of Medicaid billables within the state (approximately 15%) by the state for administration. They have no incentive to remove abusive billing providers such as dentists from their listing of credentialed providers. Billing excesses and abusive billings, while disadvantageous to patients and taxpayers, only serve to increase revenue for the MCO.

In fact, MCOs may go to lengths in apparent violation of federal anti-kickback statutes to incentivize Medicaid visits. Gifts or cash rewards may be unlawfully given to Medicaid dental patients. This unethical behavior may drive out competition with no benefit to patient care.

Most ACA insurance plans include little to no dental coverage within states’ insurance marketplaces. Further, the number of insurers active in the ACA marketplace is in a steep decline. There exists minimal competition and minimal plan options for patient coverage of any kind, inclusive of dental.

The Administration’s report specifically elucidated how corporate healthcare and hospitals buy up small medical practices and drive out competition and healthcare consumer choice. Price increases are a result.

Much of this section of the report centered upon the state-required “certificate-of-need” (CON). Prior to construction of a new hospital, medical facility, or nursing home, most states require a CON. The Administration contends that CONs have failed to produce cost savings, elevate quality of care, or increase access to care, despite their original intent. This has implications for hospitals or nursing homes that may offer dental clinic services.

Some have argued in favor of CON laws, which allege there is a positive relationship between volume and outcome. The “quality-based” positions espoused by certain dental MCOs and dental Medicaid DSOs maintain that a high volume of services will inherently elevate quality of service. The Administration counters that this reduction in competition actually serves to diminish quality of care.

In dentistry, a clear example is seen in the failure of capitation plans and Medicaid DSOs. A huge volume of patients is “served” by a relatively small number of providers. Our federal courts are replete with fraud cases filed by the Department of Justice against most of the larger dental Medicaid DSOs.

Dental capitation is a failed insurance model where providers are disincentivised to care for patients. One can only hope the recent “quality-based” collaboration between DentaQuest and Brident Dental (subordinate to Western Dental) in Texas isn’t more lipstick on the pig of failed Medicaid models

The current Federal Trade Commission (FTC) Act limits the FTC’s jurisdiction over nonprofit entities. In dentistry, this two-ton gorilla may be represented by the various incarnations of Delta Dental, which are nonprofit 501c companies.

Healthcare mergers, acquisitions, and collaborative agreements amounting to anti-competitive mergers have too often been unchallenged by the FTC and referred to the US Justice Department, handed off with no action. Anti-competitive vertical integration within the dental industry is also more evident. The report to the President recommends Congress amend the FTC Act to extend the FTC’s jurisdiction to include nonprofit healthcare entities to help prevent unfair competition.

Additionally, the report found “current subsidies of medical education are generally regressive by reducing the cost to the very persons who can expect high financial returns to their valuable education and training.” Thus, it supports a reduction in federal grants and subsidies for healthcare education.

Unfortunately, the report failed to evaluate fiscal outlays for education compared to actual future returns in doctor income. It simply assumed doctor salaries more than compensated for the cost of education, which today often is a fallacy.

Again, this aspect of the report is primarily centered on medical and prescription drug models. However, dental considerations are evident.

The report stated how the Centers for Medicare and Medicaid Services (CMS) require states to develop standards for travel time and distance from enrollees’ homes to providers to better regulate Medicaid MCOs. In dentistry, the vast majority of dental Medicaid beneficiaries live near providers.

The opinion offered was that this may actually hinder innovations such as telemedicine and teledentistry. Unfortunately, the report failed to clarify how telehealth is an enhanced option versus treatment by a provider, in the flesh, beyond cost savings.

“Telehealth often increases the virtual supply of providers and extends their reach to new locations, promoting beneficial competition,” the report said, though it also failed to present the reality in difference between doctors physically examining a patient’s condition on site versus virtual doctors remotely examining and diagnosing patients’ conditions on a digital screen. No mention of potential abuses was presented either.

An additional focus was networks that lack capacity to serve all enrollees. This included private insurance, as well as Medicaid managed care and Medicare Advantage plans. What was glaringly remiss in the report was acknowledgement of low fee schedules, which effectively eliminated specialty services or the ervices of superior clinicians. Many states’ dental Medicaid programs retain few if any specialists in many fields. Further, low remuneration fee schedules preclude numbers of quality and ethical general dentistry providers to enter networks.

Yet the report did make a highly salient point about the failure of CMS to maintain valid and updated credentialed provider roles. Patients become discouraged when seeking services, only to continually discover that one provider after another is not in their network.

ACA Section 1557 (Nondiscrimination Requirements) notifies patients with limited English proficiency that they have the right to translation services in 15 different languages. The report concluded that this mandate is a barrier for patients to access numbers of smaller providers.

Favored was expansion of health savings accounts (HSAs) and removal of restrictions on their utilization. These plans may be used for medical expenses, pharmaceutical purchases, or dental care.

The report further espoused the benefits of dental therapists in the marketplace, but little was presented to support that perspective.

This Administration’s report on reforming the United States healthcare system pokes at numbers of sacred cows. In dentistry, that includes the insurance industry, the dental education-industrial complex, the Medicaid MCO industry, and the DSO industry. While many of its findings may appear disadvantageous to small business dentistry, it’s not the typical across-the-board favoritism toward large special interest groups of past administrations.

This report offers a clear perspective on the current Administration’s healthcare views. Much of the change requires additional laws passed by the Congress or at the state level. Thus, there exists no clear or definitive passage of these “reforms.”

Regardless, one can only be impressed with the broad perspectives presented for direction in our nation’s healthcare system. Numbers of bold concepts have been presented that most of the media, inclusive of dental industry media, have largely ignored. Each policy demands comprehensive analysis. Simply ignoring programs and goals presented by the Administration only serves the agendas of powerful special interests. 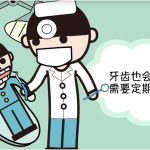 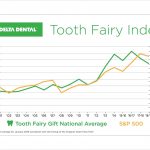