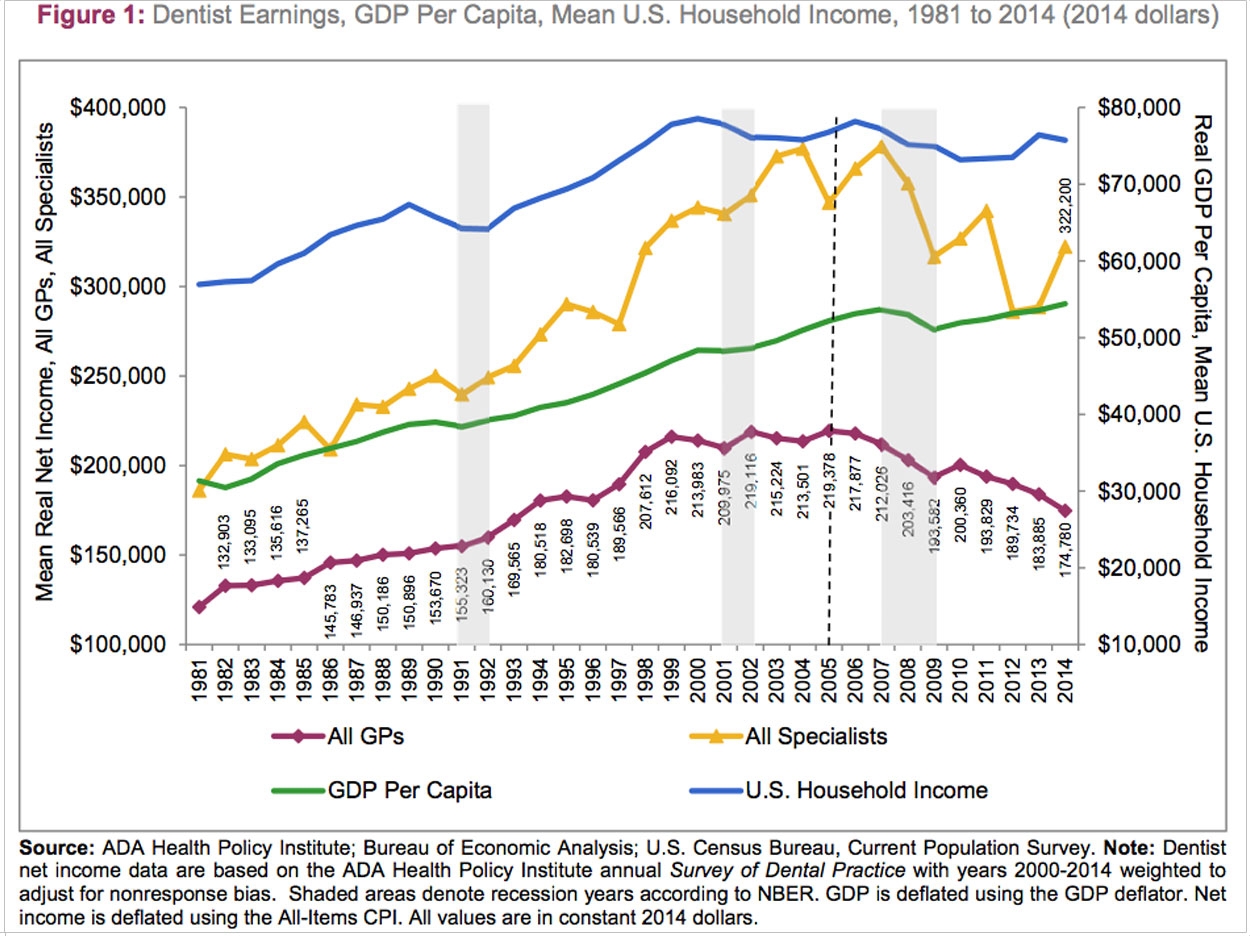 The ADA’s researchers noted that a broad set of factors in the early 2000s led to this decline. For example, there has been a decrease in the demand for adult dental care that may reflect a “new normal” with no signs of reversing. There also has been an increase in the number of practicing dentists, which influences dental earnings as well.

The number of dentists who said they were “not busy enough” decreased from 36% in 2013 to 34% in 2014, but the researchers did not consider this significant. Average wait times for a GP appointment decreased from 9.6 days in 2001 to 4.5 days in 2012 and then increased to 5.0 days in 2014, indicating significant unused capacity in the dental care system.

The results come from the ADA Health Policy Institute’s Survey of Dental Practice. It asked dentists about their net income, defined as income for “you only” and left over after practice expenses and business taxes. It includes their salary, commission, bonuses, dividends, and retirement plan payments.

The study, “General Practitioner Dentist Earnings Down Slightly in 2014,” was written by Bradley Munson and Marko Vujicic, PhD, for the ADA’s Health Policy Institute.

Increase Your Profits in the Rapidly Changing Dental Market

How to Price an In-House Dental Savings Plan 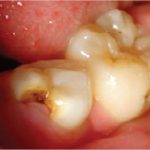 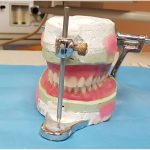