Taiwanese who exercise for 15 minutes a day, or 92 minutes per week, extended their expected lifespan by three years compared to people who are inactive, according to a study published in The Lancet.

“Exercising at very light levels reduced deaths from any cause by 14 percent,” said study senior author Xifeng Wu, M.D., Ph.D., professor and chair of The University of Texas MD Anderson Cancer Center Department of Epidemiology. “The benefits of exercise appear to be significant even without reaching the recommended 150 minutes per week based on results of previous research.”

Lead author Chi-Pang Wen, M.D., of the National Health Research Institutes of Taiwan, and colleagues also found that a person’s risk of death from any cause decreased by 4 percent for every additional 15 minutes of exercise up to 100 minutes a day over the course of the study. Those exercising for 30 minutes daily added about four years to life expectancy.

“These benefits were applicable to all age groups, both sexes and those with cardiovascular disease risk,” the authors note.

If inactive people in Taiwan were to do low-volume daily exercise, one in six deaths could be postponed by their reduced risk of dying, the authors report. It would be an estimated reduction in mortality similar to that from a successful tobacco control program.

The prospective observational study involved 416,175 Taiwanese who participated in a standard medical screening program run by MJ Health Management Institution between 1996 and 2008. Participants were followed for an average of eight years.

To account for occupational effects, participants also characterized their physical activity at work, ranging from sedentary to hard physical labor.

Those who reported less than one hour per week of leisure time physical activity were classified as inactive—54 percent of all participants. Others were classified as low, medium, high or very high based on the duration and intensity of their exercise. Researchers calculated mortality risk and life expectancy for each group.

Those who engaged in low-volume exercise had lower death rates than inactive people regardless of age, gender, health status, tobacco use, alcohol consumption or cardiovascular disease risk.

The researchers note that the World Health Organization and the U.S. Centers for Disease Control and Prevention recommend at least 150 minutes of moderate-intensity exercise per week. A third of U.S. adults meet that guideline; about 20 percent of adults in China, Japan or Taiwan meet it.

“A recommendation of 15 minutes of daily exercise should be promoted to East Asian populations,” the authors note.

The study’s findings of reduced mortality through even moderately intense exercise are likely to hold true for other populations, Wu said, even though the total amount of time spent or workout intensity required for a health benefit might differ. “These findings can stimulate people to exercise as much as they can and to not be frustrated that they can’t reach the 30 minute per day guideline.”

This is the first collaboration between Wu, Wen and the MJ Health Group, a major health screening company with more than 600,000 participants in its health database. They have formed the Asian Health Screening Cohort to conduct major research projects. Wu provides scientific expertise with Wen, who also is based at China Medical University Hospital, while MJ Health Group contributes patient epidemiological and clinical data as well as a biobank of tissue samples.

The exercise project was funded by the Taiwan Department of Health Clinical Trial and Research Center of Excellence and the Taiwan National Health Research Institutes. 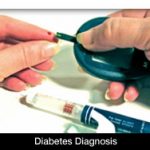 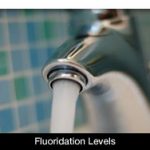