Early Diagnosis of Oral Cancer Can Save Lives 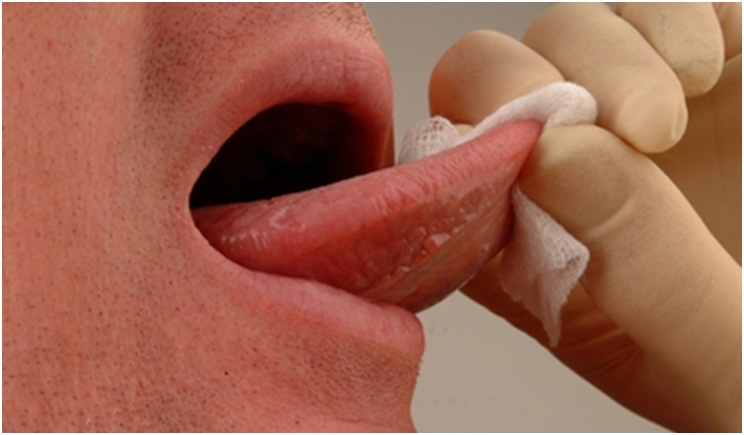 This April is the twentieth annual Oral Cancer Awareness Month. The American Cancer Society estimates that roughly 53,000 people will get oral cavity or oropharyngeal cancer this year, and an estimated 10,860 people will die of these cancers. This relatively high rate of death happens because these cancers are routinely discovered at advanced stages.

The single most important factor that affects potential cure of the disease following treatment is the stage of cancer at the time of presentation. Symptoms such as tongue pain and difficulty swallowing always need to be thoroughly investigated.

In the United States, the tongue and the floor of the mouth are the most common sites of origin for these cancers. Although most of these cancers arise from the surface of the oral cavity, here are two descriptions of advanced oral tongue cancers that escaped early detection and led to significant delays in diagnosis. Both patients were seen by multiple physicians before the diagnosis was eventually confirmed.

The first patient was a 64-year-old male with a history of heavy prior tobacco and alcohol use. He had developed slowly progressive issues with swallowing solid foods and throat pain over the previous eight months, associated with mild voice changes, increased phlegm, and bilateral ear and neck pain. However, his pain issues were centered primarily within the back of the tongue.

Multiple specialists including internists, oral surgeons, and gastroenterologists all saw this patient. No obvious mass was present on examination, though. As his symptoms progressed, the patient reported losing more than 20 pounds over a span of two months. Eventually, his pain became severe enough to warrant a visit to the emergency department, where a CT scan identified an extensive oral tongue cancer that was entirely below the surface of the tongue.

This cancer involved both the root of the tongue and the larynx. A biopsy was then performed in the operating room to confirm the diagnosis. The patient eventually underwent an extensive surgery including removal of his entire tongue (total glossectomy) as well as his voice box (total laryngectomy) with free tissue microvascular reconstruction. Although the entirety of the cancer was removed, given the delay in diagnosis, this patient will face significant swallowing and functional deficits for the remainder of his life.

The next patient was a 39-year-old male with an 11-month history of progressive left jaw and tongue pain. The pain radiated to both the neck and the ear. It was exacerbated by chewing and led to persistent tongue discomfort. In addition, the patient had begun to feel progressive limitation in both movement of his tongue on the left and opening of the mouth. There was no history of any prior smoking.

Multiple dentists, oral surgeons, and otolaryngologists all evaluated the patient. However, no obvious lesion was identified. A CT scan demonstrated only subtle fullness on the left but without an obvious mass. Due to his significant symptoms, a MRI was then performed, demonstrating an extensive infiltrative oral tongue cancer extending to the root of the tongue and the tonsil.

A detailed examination under anesthesia and open biopsy in the operating room was required to confirm the diagnosis. Although the cancer was able to be treated with high-dose combination chemotherapy and radiation, the patient continues to suffer from treatment-related toxicity.

The Need for Vigilance

These two cases demonstrate the need for heightened vigilance when encountering patients with persistent and severe pain within the oral cavity. While most oral cancers are readily detectable upon examination by a physician, this is not always the case.

In addition, although most oral cancer cases arise from tobacco use, there is a rising proportion of younger patients without a smoking history who develop the disease. Early detection remains the key for successful treatment and for minimizing both functional impairment and poor quality of life. 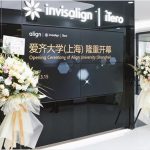 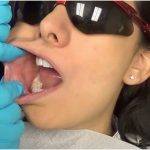