Researchers at the University of Illinois at Chicago College of Medicine will study gender differences in how the heart uses and stores fat—its main energy source—and how changes in fat metabolism play a role in heart disease, under a new $2 million, 4-year grant from the National Heart, Lung and Blood Institute.

When stressed, the heart changes how it uses fuel for energy. These changes may play a major role in the development of heart disease and are different in men and women, says E. Douglas Lewandowski, director of the UIC Center for Cardiovascular Research. The changes occur long before any symptoms, he said, and may be key to early diagnosis and treatment.

Lewandowski, who is principal investigator on the grant, uses imaging techniques he developed to see fat molecules and the rate at which they are being burned in beating hearts. In healthy hearts, the balance between using fat for energy and storing it in tiny droplets within the cells is in a dynamic equilibrium.

When a female heart is stressed, such as through chronic disease like hypertension, it becomes much less efficient at metabolizing fat, Lewandowski says. When a male heart is stressed, it starts using more sugar as fuel. These changes in the heart can also affect how fat is stored and used in other parts of the body.

“Because the heart is the body’s number-one consumer of fat, when it starts using fat differently, there are consequences throughout the entire body,” Lewandowski said.

He thinks that changes in fat metabolism in the heart may send out signals to fat cells in other parts of the body to store more fat, and to insulin-producing cells in the pancreas that may trigger the onset of diabetes, which is often present along with heart disease.

Lewandowski will further investigate how gender differences in fat metabolism are related to the development of heart disease in men and women. He will also look at how higher levels of fat accumulation in heart cells may cause stiffness and lower the efficiency of heart muscle contraction. Understanding these changes may help identify targets for therapies, or lead to better diagnostic tests for heart disease. 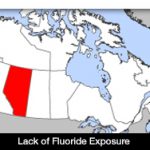