Detection Tool Does More Than Shine a Light on Cancer 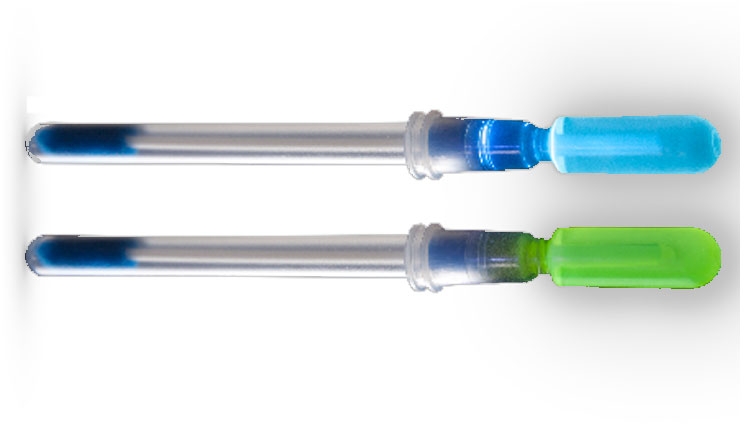 Oral cancer is the tenth most common cancer in men, according to Cancer Research UK. But it’s also among the deadliest, with 8,650 fatalities in the United States each year and only a 57% survival rate after 5 years, says the Oral Cancer Foundation. It is so lethal because it often isn’t discovered until stage 3 or even stage 4.

Early detection is needed to reverse those numbers. The ESPýOC system from Vista Dental Products’ subsidiary Visual Solutions is designed to save those lives by finding cancer long before it is too late. According to the company’s clinical trials, it not only detects cancer cells 100% of the time, it also finds precancer cells 74% of the time.

“You look at all the other cancers—breast cancer, cervical cancer, and so on. Their 5-year survival rates have gone up. Oral cancer is on the way down,” said John Baeten, director of engineering and R&D at Vista Dental Products. “We want to make a difference there.”

The ESPýOC is a chairside tool that uses a 2-step process to provide immediate results. It begins with a visual examination of the oral cavity. Practitioners who see something unusual would then use the first marker and its fluorescent stain, paired with ultraviolet (UV) auto-fluorescence technology, to highlight it.

“It’s a simple snap. You squeeze, get it on the sponge, and mark the lesion and a margin,” Baeten said. “Take out the light again and view it. We think the vast majority of the time, you’re not going to go beyond marker one. It serves as a great way to do a large-scale surveillance screening.”

Precancerous and cancerous cells have a greater concentration of nuclear material than normal cells. The first marker attaches to this nuclear material and differentially stains these tissues in a process called metachromasia. The practitioner then can identify suspicious lesions with high sensitivity by observing the blue fluorescence produced by the first marker when excited by UV light.

After the first marker highlights a suspicious lesion, the second marker confirms it and increases the level of concern. Its molecular probes attach to cell surface carbohydrate chains associated with glycoproteins and glycolipids. Cancer uniquely alters glycol molecules on the surface of precancerous and cancer cells, so practitioners can identify early stage disease changes with high specificity by observing the green fluorescence produced by the second marker when excited by the blue light.

“Marker 2 is looking at what is happening specifically during carcinogenesis, this aberrant glycosylation. This property is very well known, and it’s on every cancer,” said Baeten. “It’s been defined as a cloaking mechanism. Your own body’s immune system can’t find it, can’t destroy it. And we’re going after that. It’s a molecular signature.”

Previous methods for finding oral cancer typically depended on the visual inspection, aided by white light. When lesions were found, practitioners would refer patients to oral surgeons for potential biopsies—and many of these painful, invasive surgeries would prove negative. ESPýOC aims to eliminate these unnecessary procedures.

“Right now with current technologies, you send 2 patients in with suspicious lesions, one of them is going to be a false positive. You use the ESPýOC, you send 10 patients to an oral surgeon for a biopsy, only one of them will be a false positive. That’s the difference,” said Baeten. “And that’s because we do it looking at the molecular differences.”

The technology is based on work from Dr. Deepak Kademani of the University of Minnesota and Dr. Moni Kuriakose of the Rosewell Park Cancer Institute. Research also was conducted at the Mazumdar-Shaw Cancer Center in India.

“The Mazumdar-Shaw Cancer Center is the largest cancer center in the world,” said Baeten. “We decided to do everything in India because oral cancer is the number one cancer in men and third in women there, so its prevalence along with the additional population made it very easy for us to get access to those patients.”

Many patients can trace their oral cancer back to tobacco and alcohol use, as well as to the human papillomavirus (HPV). Or, they may have a family history of oral cancer. Yet 20% of patients don’t have any of these risk factors, and ESPýOC’s high sensitivity rates enable the test to catch these incidences as well.

Visual Solutions is planning on a series of in-person seminars and online webinars that will teach dentists and hygienists about the symptoms of oral cancer along with how to use ESPýOC. The company believes education not only saves lives but also careers, since failure to detect oral cancer is the second most common cause of malpractice lawsuits in dentistry. According to Visual Solutions, these needs are critical.

“About 20% of dentists have bought in to some form of adjunctive screening. The vast majority are still using head and neck white light screening because the current technologies up until today didn’t do much beyond what the standard white light head and neck screening was doing,” Baeten said. “They still think it’s raising their level of care.”

Other detection technologies such as salivary rinses have entered the market, with more available soon. Baeten cautioned that these rinses have limitations, however. For example, while a rinse may detect the presence of cancer in the oral cavity, it can’t pinpoint where that cancer is located, he said.

Additionally, Baeten noted that patients should not eat, drink, brush, or floss before salivary tests, though many of them aren’t aware that they will be taking the test before they get to their appointment. Cost is a factor that’s in ESPýOC’s favor too, he said.

“Our out-of-pocket cost to the patient is probably going to be between $20 and $30. It’s something you would bear absolutely if somebody says that you’ve got this lesion, and this is what we’re advocating that you do,” said Baeten.

“Our goal is not to say that people have done it wrong. We’re happy that there’s awareness,” Baeten said. “At this point, most dentists understand that there is an issue. Hygienists are calling for a test. We think it’s the right time to come to the forefront and say we have a product that’s going to confidently give you an answer, give you an ability to refer, and make a difference in mortality and morbidity.” 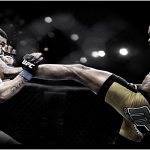 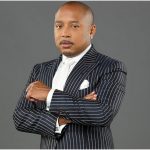 Next post Shark Tank Star to Speak at GNYDM
0 Shares