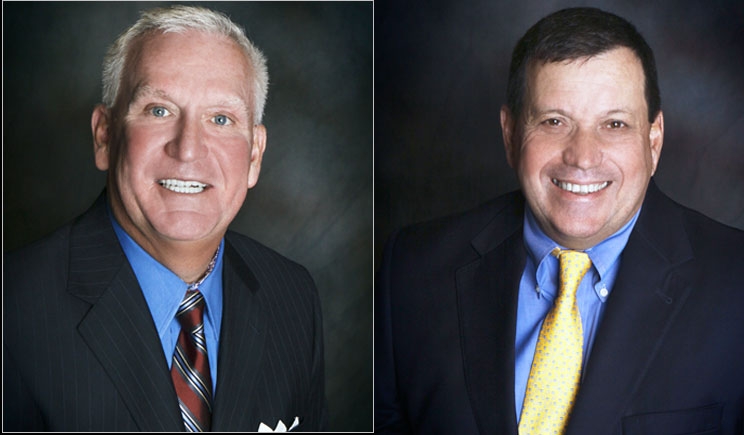 More than 47,000 Americans will be diagnosed with oral or pharyngeal cancer this year, according to the National Cancer Institute. When caught early, survival rates can reach 80% to 90%. But oral cancer often isn’t diagnosed until it is too late, leading to more than 8,650 deaths annually. Researchers at PeriRx, LLC believe their SaliMark OSCC salivary test, which is now on the market, can dramatically improve those numbers and save thousands of lives.

“This is a molecular genetic test,” said Stephen M. Swanick, CEO and founder of PeriRx. “No matter what’s going on in that oral cavity, we will find that cancer if there is something there.”

PeriRx designed the test to be accurate, easy to use, and noninvasive. It begins in the dentist’s office with a thorough visual exam. If a clinician sees a lesion or some other abnormality, the patient may be referred to a specialist who then could order a biopsy to determine the presence of cancer. However, this decision for referral often is known to be difficult based on clinical assessment alone. Often, this surgery is painful and unnecessary.

With SaliMark OSCC, if there is an abnormality or a history of smoking or other high-risk behaviors, the patient spits 2 cc of saliva. Dentists and hygienists alike can administer it. The clinician then uses the test kit’s bio bag, collection tube, and pre-paid Federal Express envelope to send the sample to the PeriRx lab. Results indicating low, medium, or high risk of cancer are available in 3 business days or fewer.

“If it’s low risk, the chances of cancer are very small. Dentists could follow that patient to make sure things are going in the right direction and the problem is resolving,” said Dr. Jack Martin, MD, chief medical officer at PeriRx. “The moderate and high risk is the same answer for the dentist. We suggest you get a cancer specialist to see these patients.”

These specialists would have the benefit of their own expertise and the quantitative results of the SaliMark OSCC test before deciding whether or not the patient would need a biopsy. The company believes the test gives specialists options in deciding how best to pursue treatment. Insurance companies also favor the 3-tiered results and their potential for eliminating unnecessary procedures.

“The insurance companies that we’ve talked to—Delta Dental, Aetna, United Healthcare—they don’t want a yes or no binary answer,” said Swanick. “It’s too simplistic, and there are too many variances of stages of cancer. We consulted the companies on that exact algorithm.”

PeriRx’s work with major insurance carriers was only one part of the SaliMark OSCC test’s development. The product on the shelves now is the result of more than a decade of work supported by the National Institute of Dental and Craniofacial Research and the National Institute of Health, with initial discovery and pre-validation work conducted by Dr. David T.W. Wong of the University of California at Los Angeles (UCLA). Unlike other salivary tests that look for a single biomarker to identify cancer potential, SaliMark OSCC identifies multiple biomarkers.

The National Cancer Institute (NCI) independently found that 3 protein and 7 message RNA markers were feasible in determining oral squamous cell carcinomas from healthy controls. PeriRx refined the panel to 3 RNAs, including 2 “housekeeping” genes that validate the quality of the sample. It uses the messenger RNAs because they are more robust and easier to stabilize and transport from a dentist’s office to a laboratory than the proteins.

“It’s not every single marker you could find. There could be thousands of markers that are abnormal in a disease. But it’s not useful to measure all of them. We measure the top several markers and add them together to improve the performance of the test compared to a single marker alone,” said Martin.

“Biomarkers have to stand up against the test of time of multiple clinical trials, when you have more and more patients. Single markers may lose their power. They lose their discriminatory nature,” said Swanick. “What we’re doing is a multimarker approach that gives us unbelievable discriminatory robustness and consistency.”

Prior to the recent PeriRx trial, this technology had already been tested in several different ethnic cohorts with researchers at UCLA, and independently validated in collaboration with the NCI, unlike competing technologies, according to the company. The NCI noted the need to validate its independent findings in a prospective blinded study in the intended use population.

PeriRx validated its biomarkers in this rigorous study recommended by the NCI with very highly statistically significant results. Other tests have not been studied according to the NCI’s rigorous recommendations, Martin said. Studies performed in a simple case control design introduce bias since the controls often can be healthier than the cancer patients, and markers could be present for reasons other than cancer, such as smoking habits, ethnic group, age, and gender.

And, PeriRx conducted studies with patients with suspicious oral lesions as the intended use population as recommended by the NCI since it designed SaliMark OSCC to further quantify the risk in patients identified by caregivers as being at some risk for oral cancer, not as a general screening tool for all patients.

“Some of the other tests are planning to advocate their use as general screening tools,” said Martin. “This is fraught with concerns for raising the suspicion of cancer in millions of people who are healthy.”

According to published data, SaliMark OSCC may reveal if patients have pre-cancer dysplasia in the absence of other abnormalities. PeriRx says it has completed a prospective study, commercial assay, and regulatory processes, enabling it to finally launch SaliMark OSCC last month. And in addition to its use in finding cancer early, there is interest among patients and providers for use as a surveillance tool for survivors.

“I’ve had mothers call me about their children and they say their children are dying, because cancer came back. And they can’t take any more radiation because the radiation is killing them,” said Swanick. “And they’re begging me, ‘Can we take your test? We’ve got to find out if the cancer is coming back.’”

PeriRx notes that patients with oral cancer face significant risks of relapses as well as the highest risk of developing new primary cancers elsewhere in the body of any cancer patients. So by identifying an oral cancer patient early, Swanick explains, you’re saving that patient from possibly 2 cancers.

“The oral-systemic connection is alive, and it’s real,” he says.

With so much at stake, PeriRx believes every dentist should be using SaliMark OSCC. The industry seems to agree, with Benco Dental, Henry Schein Dental, Patterson Dental, and Darby Dental all offering it. In fact, Swanick says that he can’t think of any other products carried by all of the major distributors.

“They all agreed. They all came together and said, ‘This is cancer.’ This is unanimous. This is not prejudicial. Everybody should be ordering this test,” he said.

Insurance companies are on board too. According to Swanick, major insurers told PeriRx that as long as the test costs less than $200, they would give it a CDT code. Dentists can bill patients for the cost of the exam and for the time that is involved. Patients then can submit that bill to their insurance carrier.

Once the benefits of the test are more fully realized, Swanick expects payers to reimburse at higher and higher levels. Indeed, insurance companies have cited the solid science behind the test and plan on adding it to patients’ policies as part of their annual physicals, he said.

“We were told many times by a lot of people, a lot of big pharma companies, that we should be charging a thousand dollars, 2 thousand dollars,” Swanick said. “And we say that’s great. But what that means is that 95% of the people who we want to have this test won’t use it.”

Looking ahead, PeriRx is applying the technology to detecting other diseases. The company is halfway done with a trial using salivary markers that are very discriminatory to detect small-cell lung cancer. Tests involving diabetes and Sjögren’s syndrome are underway as well.

“Sjögren’s disease is something of great interest to dentists. People get dry eyes and dry mouth, and associated with the dry mouth are increases of periodontal disease and cavities. The problem is millions of people go into their dentist and say they have a dry mouth because it’s very commonly associated with many drugs that people take. It’s a common side effect,” Martin said. “Better diagnostic tests are necessary.”

Meanwhile, PeriRx is launching SaliMark OSCC with more than 2,500 sales personnel. Oral cancer is the most costly cancer of all by a factor of 2 because of its typically late diagnosis. The test and the early diagnosis it supports, then, could save insurance companies millions of dollars, Martin says. Oral cancer also impacts productivity and income as patients who are diagnosed rarely go back to work. But most importantly, PeriRx says, the test will save lives.

“Oral cancer is the most aggressive cancer out there. It’s a vicious killer, and it is almost always diagnosed in stage IV, so this test is a lifesaver,” said Swanick. “We are going after this cancer, full-bore.” 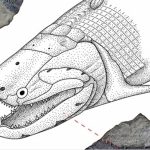 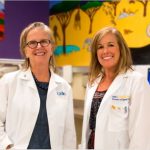