Women who are depressed are more likely than other mothers to needlessly wake their babies from a sound sleep out of worry.

In contrast, mothers with low levels of worry and depressive symptoms rarely wake their infants out of a sound sleep and hardly went to their infants at night unless the infants were distressed.

There is also evidence that infants who wake often during the night can lead to higher depressive symptoms in mothers, but evidence for this infant-driven pathway is not as strong.

As reported in the journalChild Development, the two biggest concerns new parents report to pediatricians are sleeping problems and feeding problems. While Teti and colleague Brian Crosby, lecturer in psychology, do not discount parents’ concerns for their child’s well being, they note there is probably no reason to wake a soundly sleeping baby if the child is not experiencing any distress.

When parental depression or worry disrupts both the parents’ and the infant’s sleep, it can have negative consequences for the parent-child relationship over the long term. In situations like these, steps might be considered to help reduce parents’ distress.

“One has to examine the health of the family system and address the problem at that level,” Teti said. “If frequent infant night waking is waking parents up every night and causing parental distress, there are established interventions to help babies learn how to develop self-regulated sleep.”

However, if increased infant night waking is caused by distressed mothers waking their babies out of a sound sleep or keeping them up at night unnecessarily, other approaches might be considered.

These include attempts to alleviate maternal depressive symptoms, reduce unnecessary worries about infant sleep behavior at night, encourage spousal support, and provide information to parents about the benefits of a good night’s sleep for both the parent and the baby.

Mothers’ depressive symptoms were significantly correlated with the mothers’ feelings of helplessness and loss of control, which in turn were related to close physical contact between mothers and babies, but were not related to night waking. Only mothers’ nighttime behavior with their infants, not their behavior with their infants at bedtime correlated with infant night waking.

As part of the larger Study of Infants’ Emergent Sleep Trajectories (SIESTA), Teti and Crosby collected data on 45 infants—from one to 24 months—and their parents over seven consecutive days, including an infant sleep diary that the mother kept. At the start of the week, the mothers also completed two surveys—one looked at depressive symptoms, while the other measured mothers’ worries about their infants when they woke up at night.

On the sixth day of data collection, researchers set up several video cameras—one focused on where the baby slept, one focused on the door to the baby’s room to see who was coming in and out of the room, and an additional one or two cameras focused on areas where the parent took the infant during any nighttime interventions. The cameras captured between 10 and 12 hours of video for each family, starting with the infant’s bedtime.

What the researchers observed on the videos correlated with what the parents reported.

The project was supported by the National Institute of Child Health and Human Development. 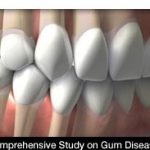