Chocolate milk may not be as healthy as you think.

Nutrition experts and healthy food advocates have been saying for years that chocolate milk isn’t healthy. Now some dentists are agreeing with them.

According to new studies, chocolate milk is one of the leading causes of tooth decay for dentists’ younger patients.

The American Academy of Pediatric Dentistry currently lists chocolate milk as a healthier snack. But many dentists now believe that it isn’t healthy because of the high amounts of sugar in it.

Chocolate milk, in fact, may not be much healthier than soda. Almost all of the calories in soda come from sugar. Chocolate milk isn’t much better because more than half of its calories are also from sugar.

The positive for chocolate milk compared to soda is that it doesn’t have as much acid, so the chocolate milk won’t eat at the enamel the way soda does.

This issue is still open for much debate. There are other factors involved with chocolate milk that could be beneficial.

Chocolate, however, may protect the teeth. Eating small amounts of chocolate, specifically dark chocolate, could work to limit the growth of bacteria in the mouth and stop the bacteria from sticking to the teeth and gums. The chocolate isn’t as effective in accomplishing these things when there is more sugar involved. 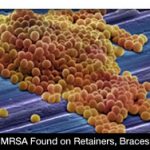 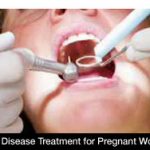