Manufacturers against a medical-device tax received just the help they needed in their bid to overturn the laws.

Members of the American Dental Association are pushing Congress to repeal the 2.3 percent medical-device tax aspect of the Affordable Care Act. The Americans for Tax Reform and the National Association of Manufacturers also are helping the campaign.

More than two-thirds of dentists belong to their state dental associations, which feed into the ADA. Dentists are also political donors and some are even in Congress.

The move makes sense based on the fact that dentists spend millions of dollars on medical devices every year. Dentists, in addition to hospitals and nursing homes, are concerned that they may eventually have to pay this tax.

The tax could cost dentists in the neighborhood of $160 million.

Dental products sold to patients, like toothpaste, toothbrushes, floss, etc. are exempt from this tax. 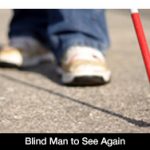 Next post Clinical Perspectives on Materials and Techniques
0 Shares