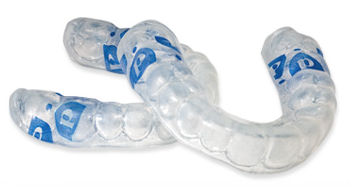 As a prescription medical device, the patented Perio Tray is most often prescribed as a periodontal medicament carrier that places medication in the periodontal pocket to treat acute or chronic periodontal diseases.  Customized seals and extensions fabricated along the interior periphery of the Perio Tray prevent medication from leaking into the oral cavity and provide positive pressure to direct medication deep into the periodontal pocket (>7mm).  Five dental laboratories in the US are registered by the FDA to fabricate Perio Trays and have technicians who have been trained by Perio Protect, LLC to customize Perio Trays according to prescription.

The Perio Tray is the first periodontal medicament carrier on the market.  Due to its unique design and function, there was previously no code to adequately report it.  As research showed its benefits and demand for Perio Tray delivery grew in dental offices, so did frustration over the inability to properly document its prescribed use for individual patients with gingivitis and periodontitis.

On behalf of these prescribing dentists, Perio Protect petitioned the ADA Code Maintenance Committee (formerly known as the Code Revision Committee and the Code Advisory Committee) to update the CDT Code to include a sealed medicament tray.  Changes to the CDT Code now occur annually after committee deliberation and vote.  Public testimony is accepted during the open meeting process. Voting members of the CMC include representatives from the ADA, dental specialty organizations including the American Academy of Periodontology, the Academy of General Dentistry (AGD), and third-party payers.  Perio Protect recognizes the guidance of the AGD, members of the CMC, and the support of dentists prescribing Perio Trays for the decisive vote to add D5994 to the CDT Code.

The updated CDT Code reflects the widely acknowledged need for uniform, consistent and accurate records for dental treatment.  It also recognizes the acceptance of Perio Tray delivery as an effective treatment tool for gum disease.  As thousands of dentists began to embrace Perio Tray technology, there was a clear need to document the prescription and fabrication of customized trays. Insurers will now determine which plans and policies will provide insurance coverage for new codes. Input from dentists who are Perio Tray prescribers and in-network providers can influence the decision making process.

The advancing trend to more effectively treat the underlying cause of periodontal disease indicates a shift in dental practice models, and the updated Code acknowledges this change.  It is an exciting step forward in dental medicine. 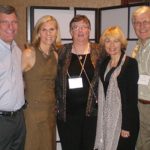