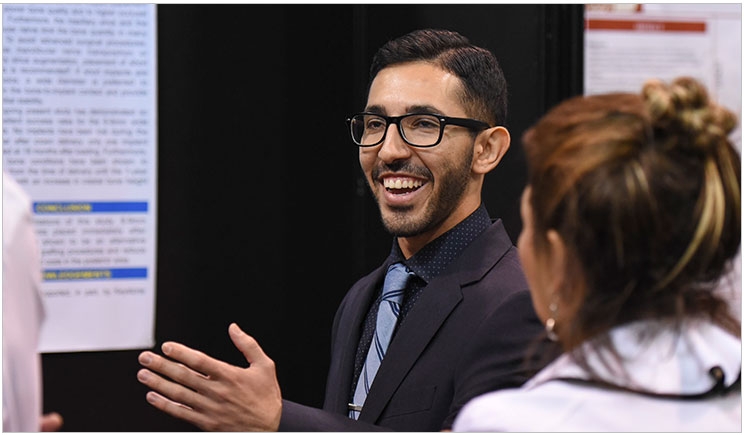 A group of 30 students representing California’s dental schools gathered at CDA Presents in Anaheim last month to participate in the event’s Table Clinic Competition. Topics ranged from research innovations to social issues, and the competitors were grilled by a distinguished panel of judges on the merits of their work.

And in the Scientific category, 6 students presented 4 projects that someday could have an effect on the treatments that many dentists provide, beginning with anesthesia administration and leading to extractions, implants, healing, and even regeneration.

Drew Roberts and Weston Grimes of the Center for Craniofacial Molecular Biology at the University of Southern California Herman Ostrow School of Dentistry won first place in the Scientific category with their work, “Bivalent Epigenetic Control of Mesenchymal Stem Cells in the Mouse Incisor.”

Mouse incisors grow for a lifetime, continuously rebuilding enamel and dentin. Deconstructing and replicating this process could yield regrown enamel and dentin in humans as well. Roberts and Grimes began their work by examining a histone known as HK327, which they believed to be part of the signal process that instigates this growth.

“We know that the stem cells differentiate as they go along the cervical loop,” Roberts said. “The thing that methylates the HK327 histone is the enzyme, EZH2. Our idea was that this enzyme is what furthers the differentiation process, kind of the next step into becoming dentin and becoming enamel.”

Not all stem cells turn into dentin or enamel immediately, though. Roberts and Grimes postulated that another enzyme on the outside edge of the cervical loop, HK34, tells them to stop and stay as stem cells. Yet despite the success of their work so far, it represents just a fraction of the full growth process, which must be revealed before human application is possible.

“We first would need to know every single step from stem cell to dentin,” Roberts said. “There’s more differentiation before they get specialized, and we don’t know all of those steps yet. But once we find that out, I think that adding these signals to stem cells will help us get to that point of growing enamel and dentin.”

Grant Nishimura of the University of California Los Angeles School of Dentistry took second place in the Scientific category with “PRF in Grafted Sites and Effects on Initial Implant Stability.” He explored the role of platelet-rich fibrin (PRF) in increasing initial implant stability in bone grafts or in providing other beneficial effects in osteointegration.

“PRF has been shown in the literature to be very beneficial for soft tissue healing. It has growth factors that promote angiogenesis and bring in fibroblasts,” Nishimura said. “So we wanted to investigate to see if maybe it does have an effect. And if it did, I think it would have a lot of clinical benefits because then we’d be able to speed up the loading protocols, which is what everyone would like.”

“We also looked at different healing periods to see if maybe PRF has more beneficial effects earlier on as opposed to later on in wound healing. We found that in each time period, PRF was higher, but it wasn’t enough to be statistically significant,” he said.

So while Nishimura had hypothesized that adding PRF would speed up or increase implant osteointegration, the data did not support it. He noted, though, that researchers are now looking at other growth factors including platelet-rich plasma and bone morphogenetic proteins, in addition to more study of PRF’s effects in soft-tissue healing.

“The literature is diverse, and everyone has different opinions,” he said. “So for now, our next project is to really look at it on a histological level. Is there better healing? That project will soon be produced.”

Robin Lambert and Riddhima Suri of the University of the Pacific Arthur A. Dugoni School of Dentistry partnered for third place with their project, “A New Insertion Landmark and Modification of the ‘Standard Technique’ for Inferior Alveolar Nerve Block Injections.”

Currently, dentists use soft-tissue landmarks in locating the deposition sites for their anesthetics and achieving success rates ranging from 13% to 98%. By proposing hard-tissue landmarks instead, Lambert and Suri aim to simplify and standardize the technique while improving the range of success.

“You’ll have your patient in maximum opening,” said Lambert. “You’ll palpate for the coronoid notch. Then you’ll take your needle along a trajectory pathway but stay parallel to the maxillary occlusal surface. And that is basically the technique.”

“We also want to make sure that the patients’ mouths are open all the way. We’re suggesting that regardless of the technique that you’re using,” said Suri.

The students worked with Dr. Gary Richards, an anthropologist at the university who gave them access to the school’s collection of skulls. They CT scanned 26 of these skulls, which varied in age, ethnicity, the presence or absence of third molars, and other factors. Regardless of the diversity, though, the landmarks were consistent.

“The landmarks won’t change because they’re bony landmarks. The whole mandible develops around the mandibular foramen. So, this is the landmark that best approximates the location for injection, and that should not change from person to person,” Lambert said.

Using computer modeling and dissection of cadavers (their application for testing on human subjects is now being processed), Lambert and Suri found that the plane bisecting the contralateral premolars terminates at the level of the mandibular foramen and slightly above it, which is ideal for delivering an anesthetic, in 73% of cases. In the remaining cases, they still expect profound anesthesia based on their mapping.

“Also, the needle is not long enough to go all the way back to the parotid, so there’s a lesser chance of hitting the parotid and getting facial nerve anesthesia with this technique,” said Suri. “So it’s slightly, obviously safer than the other variations of the standardized inferior alveolar nerve blocks are.”

After dental extractions, the alveolar socket undergoes bone remodeling, leading to vertical and horizontal bone loss. The literature calls for socket augmentation with bone graft biomaterials to minimize the bone loss. But this can be a timely, expensive, and risky procedure, suggesting the use of immediate implant placement instead.

“We looked at wide implants because, overall, they have not had as high of a success rate. But some short-term studies have shown that they can be successful,” Eshaghzadeh said. “So we’re looking at that because if we’re able to use them with good efficacy, then there are advantages that come with them.”

Eshaghzadeh recruited patients who needed extractions of first and second molars. Dr. Joan Pi-Anfruns placed the implants using a one-stage protocol followed by 2 months of healing. When it was time for crown delivery, the student and his team fabricated a jig for each patient to standardize the periapical x-rays.

“It’s minimal, but it’s statistically significant, and I think it’s clinically significant because not only do you not have bone loss, you usually have crestal bone height loss, and we actually see an increase. Bone fills in over it,” he said.

The student attributes the success to a pair of factors. First, he used a wider implant that minimized the discrepancy between the socket shape and the size of the implant itself. Second, he incorporated a 2- to 3-mm platform-switch technique that also has been shown to have the same result. So far, he has seen a 93% success rate.

“It’s a one-stage procedure so it’s less time. It’s less cost because you don’t have to use bone grafts. And, you avoid high-risk stuff such as having to transpose a mandibular nerve, or in the maxilla, you would have to do a sinus augmentation,” Eshaghzadeh said. “Usually when you use wide implants you would use a shorter implant too. These are just 7 to 9 mm, so you don’t go as deep. You even minimize the risk of injury to the nerve.”

Platelet-Rich Growth Factor for Lip and Peorial Rejuvenation: A Case Study on “The Kiss Shot” 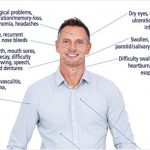 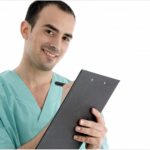