Breaking the Habit of Hustle 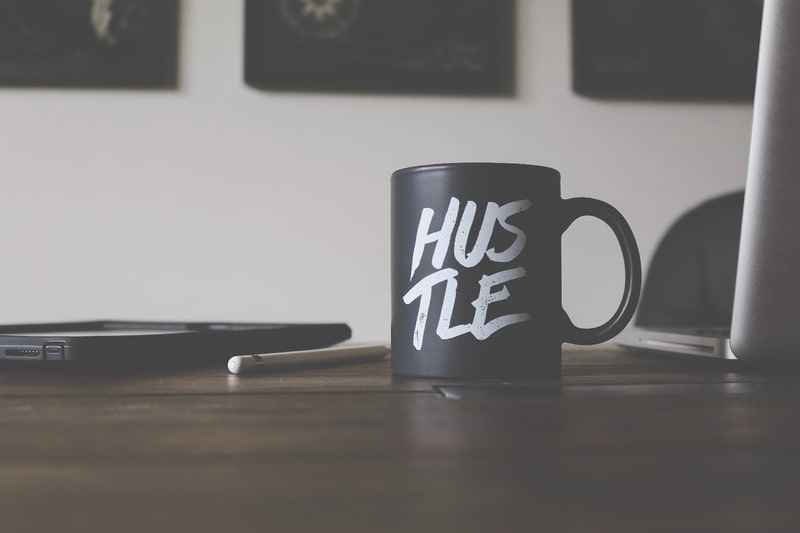 My parents are hard-working Sicilian immigrants who came to this country to pursue the American dream. Their example taught me the value of a strong work ethic at an early age. My father worked tirelessly, leaving for his construction jobs (yes, plural) long before I woke up and coming home about the time I went to bed. My mother kept our house humming, made three meals from scratch daily and hand-made our clothes, while also serving as the neighborhood’s seamstress and hairstylist. My grandparents, who emigrated with my parents, modeled similar behavior. My grandfather, a factory janitor, worked evenings. My grandmother was a commercial seamstress. Frugal in their spending, they accumulated enough to start dabbling in real estate – small apartment dwellings they managed when they were not at their jobs.

What I saw were regular people working from sunup to sundown, who were not just making ends meet but thriving in a country where they barely knew the language or culture. In retrospect, I now know I was reared by industrious entrepreneurs who were hustling well before hustling was cool. Their efforts were less about accumulating wealth and more about creating a better future for the generations that would follow. It was no surprise that I’d adopt their work ethic. It’s in my DNA.

Thanks to a high school work permit, I got my first job at fifteen. While maintaining the course load required to get into dental school, I worked twenty hours a week throughout high school and college. I even worked during dental school, mostly on campus, doing jobs that allowed me to study during down times. I enjoyed staying busy. In fact, not having a job along with vigorous studies felt like a waste.

This pattern continued after I graduated from dental school in 1997. I worked outside the hospital during my residency training, starting my own practice on Saturdays, subletting a private office. Upon completion of my residency program, I worked as an associate in several offices, filling my week while I continued to grow my own patient base by marketing on Sunday, my day off.

Fueled by copious amounts of caffeine, sleepless nights were a badge of honor because it meant that I was hustling hard. I even bragged about it to my friends. But hustling was not a temporary state of being; it was how I normally lived every moment of life.

I capitalized on the growing success of my private practice by doubling down – dropping associateships in order to focus on my own gig. To keep patients happy, I bent over backwards, literally and figuratively, and had no boundaries. The lines between my work and personal life were blurred. If an emergency called, I dropped everything in order to meet patients’ needs, even if the nature of their issues were not actual emergencies. It wasn’t long before my patients expected me to be at their beck and call. I allowed it because I thought it was the best way to grow my business.

As I eventually learned, there’s a dark side to hustle culture. The more I poured myself into growing my practice, the more I suffered physically and emotionally. I felt called to serve and I loved the work but the “hustle” I had internalized was doing more damage than good. I pushed myself to maintain a level of productivity I thought would bring me success. I’d work from 9am to 6pm, and then go home to feed my family. After putting my boys to bed, I’d make my way back to my home office for a couple more hours.

A fan of self-care, I practiced yoga fairly regularly and scheduled regular massages. I now know that I was moving through the motions of self-care, but was only superficially addressing issues without getting to the root of the problem.

Over the years, my body started rebelling against me. The stress I ignored brought on gastrointestinal symptoms. In addition to my western medical doctors, I saw a chiropractor, an acupuncturist, and a therapist on a regular basis—doing everything I could afford to do, thanks to my financial success. Yet there were no answers and I was not improving.

There were days I was so fatigued that I couldn’t be present with my boys or engage with my husband. With symptoms that couldn’t be explained by any particular illness or lab test, my doctors pointed to one culprit: mismanaged stress. The truth was, no amount of self-care would make up for the mindset that martyrdom is a requirement of success.

Major changes were crucial to reclaim my health. I took drastic steps that afforded me the ability to refocus personally and re-center me professionally. With the goal of healing my body and mind, I started living more intentionally and less out of habit. I set boundaries and learned to pay attention to my well-being. My definition of self-care evolved as I learned to focus on what I needed to be well. I created more space for mental and physical breaks and removed myself from stressful environments.

I continue to work at this but it isn’t easy. My self-worth is so deeply connected to my level of productivity. But now, with awareness, the phrase “get rich or die trying” has a whole new meaning. I still work hard and put in extra hours as needed, but now I know to relax harder. Through mindfulness practices, I’ve learned how to be successful without sacrificing my health. Now I assess how I feel, and understand what I need to feel better (or at a minimum, to not feel worse). I continuously remind myself that life doesn’t need to be all or nothing.

I’ve learned to set aside more time to be alone, limiting social engagements to just a few per month, as a way to recharge. I exercise daily. But if my body tells me to rest, I honor that inner wisdom. With practice, it gets easier to release guilt that surfaces when I need a break.

Watching my parents adapt to their golden years provides new lessons. They still work hard maintaining their home and proliferous vegetable garden. But in their wisdom, they’ve learned to modify their routine to suit their energy level. Daily activity, coupled with rest periods, keeps them vibrant and healthy. Taking a cue from them, my daily mantra now is to be productive but also to stop when I’m ready to stop, even if the work isn’t technically done. Admittedly, this isn’t as social-media friendly as “rise and grind,” but that’s fine with me. Healthy, fulfilled, and sane is sexier.

Dr. Dovidio graduated in 1997 from Northwestern University Dental School with honors from the Academy of General Dentistry. She completed advanced training at the VA Medical Center in North Hills, California, where she served as chief dental resident. A certified yoga teacher, Dr. Dovidio lives in Southern California with her husband and two sons and runs Yoga for Dentists, an online community of dental professionals who are interested in healthy living. She offers free content on the Yoga for Dentists YouTube Channel and podcast as well as in a private Facebook group and on Instagram. For a free End of Workday Meditation you can download to your device, click here or visit yogafordentists.net. She can also be reached at josie@yogafordentists.net.

How to Relax When Dentistry Is So Demanding

Three Must-Read Books for Dentists Who Want to Stress Less 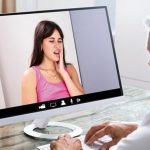 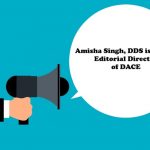