Deadly storms, including reported tornadoes, pounded Arkansas this week, adding to what is likely to be a record tornado count for the month of April.

Four deaths in Arkansas were reported from the severe storms yesterday. If those deaths are attributed to tornadoes, the first four months of 2011 will have matched the tornado death toll for all of last year.

Tornado reports have been pouring into the nation’s Storm Prediction Center in Norman, Okla., and by the time the month comes to an end, it is likely to have set a new April maximum, said the SPC’s Greg Carbin.

The Weather Channel has reported the confirmation of 292 tornadoes in the United States so far this month, besting the previous April record of 267 in 1974. Storm survey teams continue to assess the damage from this month’s storms and could change the number of confirmed tornadoes. The average for April is only 116, according to the SPC.

Counts of tornadoes and tornado damage are higher than ever due to more people reporting tornadoes, and more buildings being hit as the country’s population grows and its cities and towns expand. Storm chaser videos of funnel clouds are posted daily to YouTube, and rarely does a small tornado go unnoticed anymore.

Carbin said that if April 1974 were adjusted to account for unreported tornadoes, an extra hundred or so could be added to its total.

Even so, this current April could be a record-breaker.

“It’s a big month, there’s no question about it,” Carbin told OurAmazingPlanet.

Along with amazing videos of twin and even triplet tornadoes have come new tornado records in several states.

In North Carolina, 28 tornadoes have been confirmed for April 16, a record outbreak for any single day there.

In Wisconsin, 14 tornadoes struck on April 10, the biggest outbreak for any April day in the state’s history.

Yet none of these outbreaks comes close to matching the “granddaddy of them all,” as Carbin called it—the “Super Outbreak” of April 3 to 4, 1974, when more than 148 tornadoes were confirmed and 330 people were killed.

Tornadoes have killed 41 people this year, most of them in mobile homes. The Arkansas deaths could push the total to 45, matching the death toll for all of last year.

North Carolina has suffered the most this year, with 26 deaths, all from a single April outbreak. That was the deadliest outbreak in the state since the “Super Tuesday” storms of February 2008, when 57 people died in Dixie Alley, the southeastern extension of Tornado Alley.

In 2008, during a season among the all-time highest for number of tornadoes, 126 people were killed. As staggering as these death tolls are, they’ve been dramatically reduced in recent years due to better forecasting and warnings.

Mike Smith, chief executive officer of Weather Data Services, a part of AccuWeather, believes that at least 100 lives were saved by the warnings before a massive EF-4 tornado—the strongest of the year so far—struck near St. Louis on Good Friday (April 22).

This spring’s severe weather seems to be rapidly reloading between storms. That could be due to a lingering La Niña—the opposite phase of El Niño—when the equatorial waters of the Pacific Ocean are abnormally cool, said Grady Dixon, a climatologist and meteorologist at Mississippi State University in Starkville.

Along with creating dry weather in the Southwest, contributing to the historic wildfires in Texas, La Niña tends to guide the jet stream north through the Pacific Northwest and Great Lakes, trapping cold air on the northern side and the warm, humid air needed for thunderstorms on the southern side.

“This setup means that the southern US experiences ample moisture without many cold fronts sweeping through to dry out the atmosphere,” Dixon said. “This allows rapid recharge in between severe events.”

Not all La Niña events are associated with highly active severe weather seasons, Dixon said, but some years with similar La Niña characteristics are also historic tornado years, including 1974, 1999, which saw an EF-5 tornado devastate Moore, Okla., and 2008. 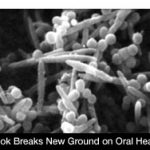 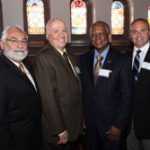