It was learned that negative changes regarding oral bacteria developed after humans became farmers. The Industrial Revolution led to even worse oral health based on the manufactured food that was created.

The information, which was compiled by the University of Adelaide’s Center for Ancient DNA, appeared in the February 17 issue of Nature Genetics. The Department of Archeology at the University of Aberdeen and the Wellcome Trust Sanger Institute in Cambridge (United Kingdom) also participated in the study.

This is the first study of its kind that shows the oral bacteria have changed during the last 7,500 years. In earlier history, oral bacteria were more diverse, which was a good thing. Now, there are more oral health and other diseases based on the current human diet.

The research team utilized data from 34 prehistoric northern European human skeletons. The lineage of the bacteria was traced from the last of the hunter-gatherers through the farmers in the Bronze Age and Medieval times.

The study pinpointed the major changes that happened when farming was first introduced and again 150 years ago with the Industrial Revolution and the influx in sugar. In some ways, it could be stated that the modern mouth is in a constant state of disease.

This type of research was not possible prior to 2007, when contamination was a problem when studying ancient bacteria. The researchers plan to do similar studies involving other species like Neanderthals. 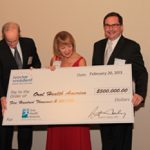 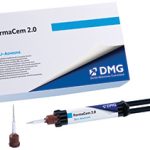