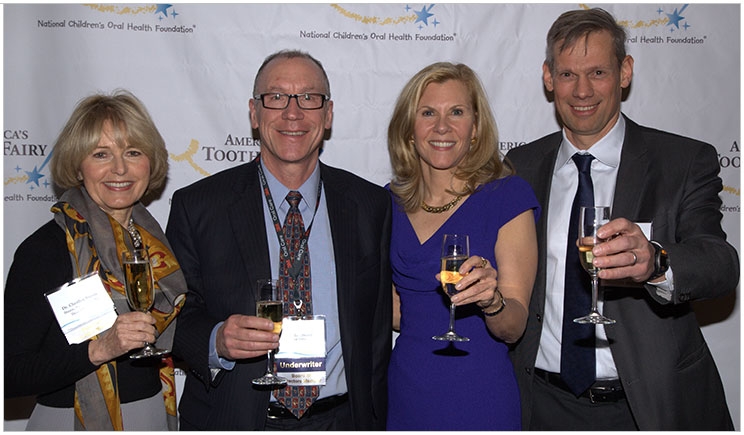 America’s ToothFairy celebrated 10 years of improving smiles with a reception at the 2016 Chicago Dental Society Midwinter Meeting. Dentists, industry executives, and even a robot all came together to salute some of the group’s officers and reaffirm their commitment to serving children who are most at risk of tooth decay.

“Our leadership has expanded from our initial concept, carving all sorts of different collaborations between companies and private dentists and universities and going outside dentistry to make people aware that this is a public health problem. It’s not just a dental problem,” said Cherilyn Sheets, DDS, founding chair of the group, 2006-2007.

Since its inception, America’s ToothFairy has distributed $17 million in community-based programs, educational materials, oral care products, and financial grants through its national network of affiliate partners and community programs. More than 2.2 million children and caregivers have benefitted from its services, yet more can be done.

“It’s not just access to care. Everybody talks about access to care. The question has to be access to what kind of care,” said Fern Ingber, president and CEO. “Because if it’s just a revolving door of drill, fill, and pull, we’re not making any progress.”

It all begins with education, according to America’s ToothFairy, which strives to make children and families aware of the importance of oral hygiene. For example, its #MySmileMatters program has reached 595,494 children and teens, empowering them to educate each other about basic care like brushing and flossing.

“Have you tried to motivate youth before? I’ve been a Boy Scout master. I’ve worked with college-age kids. I’ve worked with high school kids. And they don’t move!” said Dr. Gordon Christensen, a member of the board. “It’s amazing to see these kids really excited about America’s ToothFairy.”

The organization also is now partnering with Rx Robots, which produces an android named MEDi that keeps children company while they’re in the dental chair. MEDi explains dental procedures to kids, leads them in relaxation techniques, plays songs and games, and has been shown to reduce their pain perception by half. Also, the robot was a guest at the reception, where he charmed the crowd and introduced a video.

“The robot is great for accompanying an individual child during a dental procedure, but we also realized that we can help to educate people on the importance of oral health,” said Mark Williams, president and CEO of Rx Robots. “So we’re going to be using the robot to do more outreach programs in schools and other places where we can explain the importance of oral health.”

MEDi already has been called to such duty with Dr. Richard Olin of New Jersey. According to Williams, MEDi’s personality is just as effective on large groups of children in school settings as it is on single patients in the dental chair. The company plans on adding more dental applications as the program rolls out.

Such partnerships are essential to the success of America’s ToothFairy. Underwriters include 3M ESPE, DENTSPLY, Invisalign, the KaVo Kerr Group, Wells Fargo, Septodont, and Patterson Dental, all of which were recognized during the reception. And these companies just represent the beginning of support.

“Everybody in the profession seems to know about America’s ToothFairy,” said Christensen. “Have you noticed every time you turn around, there’s another supporting partner? The Salvation Army. The Army Reserve. Many groups are seeing the value of the organization and what it can do for kids.”

“It enables dentists and practices to be positioned as heroes in their community,” said Ingber. “When they become a member, there’s no work on their part. It’s a turnkey program. It gives them an opportunity to be part of this movement and part of the solution.”

Solutions are necessary, too, especially as current research indicates the vital role that oral health plays in overall systemic health. Children who suffer from tooth decay, which is completely preventable, as America’s ToothFairy points out, are at risk for malnutrition, obesity, diabetes, and even cardiovascular disease.

“We have started now looking at all these nontraditional partners. You’ve got Boys and Girls Club centers. You have all of these partners that understand the medical side,” said Ingber. “America’s ToothFairy is integrating oral health discussions and awareness into these programs to make them understand the problem does not have to happen.”

See You at the 2016 CDS Midwinter Meeting! 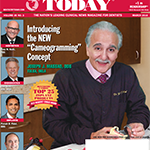 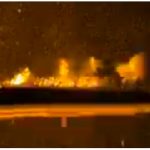