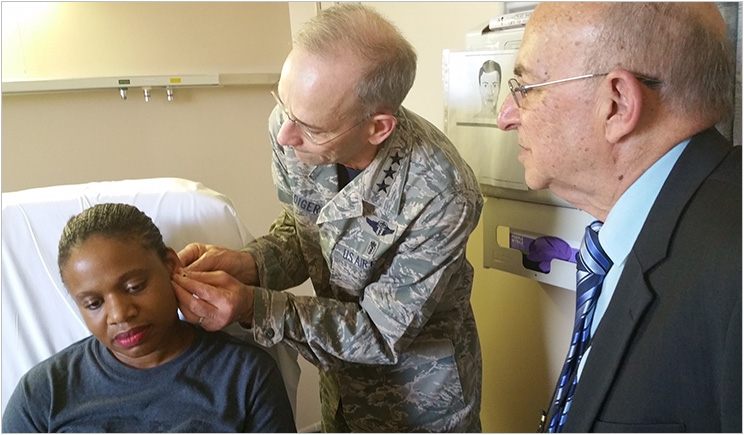 Patients see plenty of needles when they’re at the dentist’s office. But they may be seeing more, as some dentists explore the use of acupuncture in their work to address dry mouth, dental anxiety, gag reflexes, and even orofacial and postoperative pain. The treatment has evolved throughout the millennia from ancient mysticism to a more modern approach known as battlefield acupuncture (BFA).

“In traditional Chinese acupuncture, placing needles in specific locations of the body would cause a disruption of the bodily energy known as Qi. This in turn helps break down any blockades, allowing normal currents of Qi. These currents flow in 12 pathways known as meridians, 6 yin and 6 yang,” said Tyler Rallison, DMD, a US Air Force captain who discussed the subject during the 2017 Hinman Dental Meeting Table Clinics in Atlanta on March 23.

“In modern Western acupuncture, it’s believed that the placement of the needles in specific locations on the body releases autogenous molecules. These molecules are believed to work directly on the signals of the peripheral and central nervous systems. This aids in pain reduction and increases blood flow. The effectiveness may be affected by the location and the depth as well as what type of application you want to apply to those needles,” Rallison said.

Modern acupuncture uses hundreds of points on the body to effect treatment. In 2001, however, Col. Richard Niemtzow, MD, PhD, of the Air Force developed the abbreviated BFA technique. Practitioners inject a series of just 5 needles that are about the size of a pencil point—each known as auricular semi-permanent (ASP) needles—into the cingulate gyrus, the thalamus, the omega 2, point zero, and the shenmen, all located on the ear. The injections produce only minor transient discomfort.

“Niemtzow recommends placing the ASP needles in a specific sequence and then stopping at a point when the patient reports adequate pain relief,” said Rallison. “The first part would be the cingulate gyrus. You place that point. You have patients stand up, walk a short distance, come back, and report their pain. Then you go to the other ear, place the same point, and do the same thing. And you’ll go through that with each point.”

The needles are designed to stay where they have been injected for 2 to 4 days before falling out on their own. Niemtzow initially developed the procedure so it could be used on the battlefield when the use of western pain medications wasn’t advisable. Since then, it has been used to assist in the relief of both acute and chronic pain throughout the body, including facial pain, neck pain, and fibromyalgia, in addition to nausea and vomiting.

As for dentistry, in 2005, Morganstein found that regular acupuncture could increase salivary flow in patients who had received head and neck radiation due to cancer. In 2007, Karst et al showed a significant reduction in dental anxiety with acupuncture compared to midazolam and placebo treatments. And in 2010, Sari and Sari demonstrated a 58.9% gag reflex reduction using laser-stimulated acupuncture.

When it comes to pain, Lao et al concluded in 1999 that Chinese acupuncture could reduce postoperative dental pain in third molar extractions compared to a placebo. And in 2014, de Cassia Faglioni Boleta-Ceranto et al demonstrated a reduction in post-adjustment orthodontic pain. Rallison noted further areas where BFA could be employed in general dentistry.

“It could be used for something as simple as anxiety and nausea. It could be something xerostomic. Oral surgeons may use it for postoperative pain. Prophylactic pain. And that’s usually with orthognathic surgery, extractions, trauma, and cancer patients. Endodontists may utilize it for trauma cases. The orofacial pain specialists in the Air Force are currently utilizing this for most of our temporomandibular joint (TMJ) disorder cases,” Rallison said.

Furthermore, periodontists may be able to use it in their osseo or grafting surgeries, while orthodontists may use it for separator or even band placements, Rallison said. However, he added, usage in the civilian sector will depend on state laws for scopes of practice and on insurance codings and reimbursements. For example, Aetna and Cigna currently reimburse for acupuncture in treating TMJ and post-op dental pain.

One of the primary benefits of BFA, Rallison noted, is its potential for reducing drug dependency, potentially eliminating the need for opioids and serving as an adjunct to other drug therapies. Also, costs are minimal. ASP needles cost between 50 cents and a dollar each. Effects last for a month to 2 months, and usage is repeatable. BFA is especially recommended for patients who already are being treated by a pain specialist, Rallison said.

As with any treatment, there are risks, which include discomfort or pain, broken needles, inflammation or infection at the injection site, bleeding or bruising at the injection site, and nausea or dizziness. Also, contraindications include pregnancy, as acupuncture may induce labor, plus aversion to needles, active ear infections, bleeding disorders, coagulation medication, and new, acute pain in the area.

Resources are available for dentists who would like to learn more. For example, battlefieldacupuncture.net provides information online and seminars in person. The Defense and Veterans Center for Integrative Pain Management also offers information and training. And, Niemtzow provides webinars and weekend clinics on his technique as well. Still, Rallison admitted there is skepticism.

The FDA UDI Rule and Its Impact on Dentistry 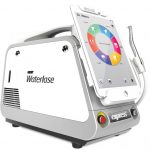 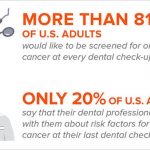 Next post Is Your Practice Really Dedicated to the Early Discovery of Oral Cancer?
0 Shares