Chewing could help keep dementia away.

New research from the Karolinska Institute in Sweden indicates that there is a correlation between not having teeth and a loss of cognitive function. The study also shows a correlation involving a lack of teeth and a higher risk for dementia.

As people age, they are at higher risk for worsening health, including deteriorating memory, decision making and problem solving.

This study explains that when people don’t chew as much, less blood flows to the brain. The information is just a theory at this point because there has yet to be a comprehensive study on the connection between chewing ability and dementia over a large sample size of elderly people.

To compile the data for this study, however, 557 people aged 77 and older were studied. It was discovered that the people who had trouble chewing apples were at a higher risk for developing cognitive problems. This relationship stayed that way, regardless of what other factors were in play. The results did not change if the person chewed with dentures as opposed to his or her real teeth.

The information appears in the Journal of the American Geriatrics Society. 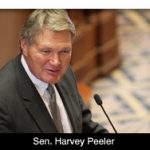