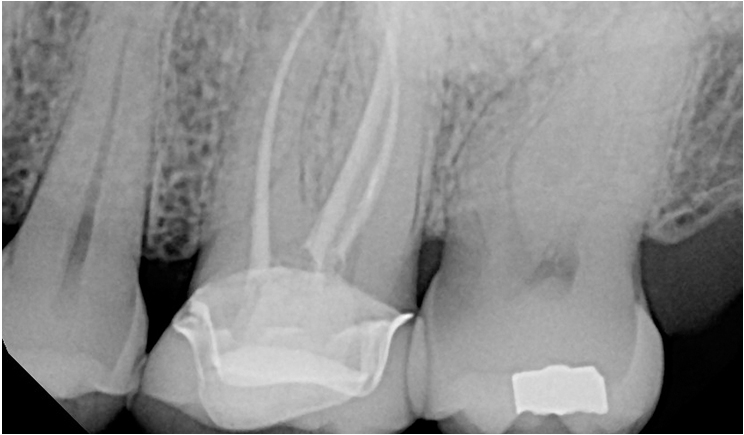 Another dentist referred a patient to me. While the dentist did a great job on the patient’s root canal, the patient was still experiencing pain. The 2-D image did not show significant pathology, and the root canal fill looked good (Figure 1).

I performed a large field of view 3-D CBCT to get more information about the case (Figure 2). It revealed a periapical pathology associated with the mesiobuccal root, which usually means there is a missed second mesiobuccal canal (MB2).

I retreated all of the roots in one visit. I also located and treated a calcified MB2 (Figures 3-7). All of the canals had a separate portal of exit. The patient reported being asymptomatic the next day.

There is an MB2 in the maxillary first molar 95% of the time, according to studies by Kulid and Peters. It has a separate portal of exit 40% of the time. In these cases, there is no need to rush into surgery or an implant. Just simply retreat.

Dr. Short attended the Medical College of Georgia School of Dentistry to attain a DMD degree in 1999. In 2002, he earned his post-doctorate degree in endodontics from Nova Southeastern University and then became a Diplomate of the American Board of Endodontics in 2009. Dr. Short is an expert consultant in endodontics to the Georgia Board of Dentistry, author, speaker, and assistant clinical professor at the Dental College of Georgia in Augusta. His private practice, Apex Endodontics PC, is located in Smryna, Ga. He can be reached at dr.short@yahoo.com.

A Short Case Study: A Two-Headed Snake Anatomy on Tooth No. 15

A Short Case Study: A Large PAP Close to the IANB 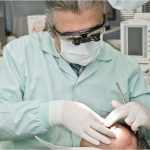 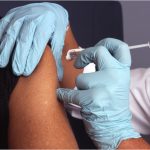