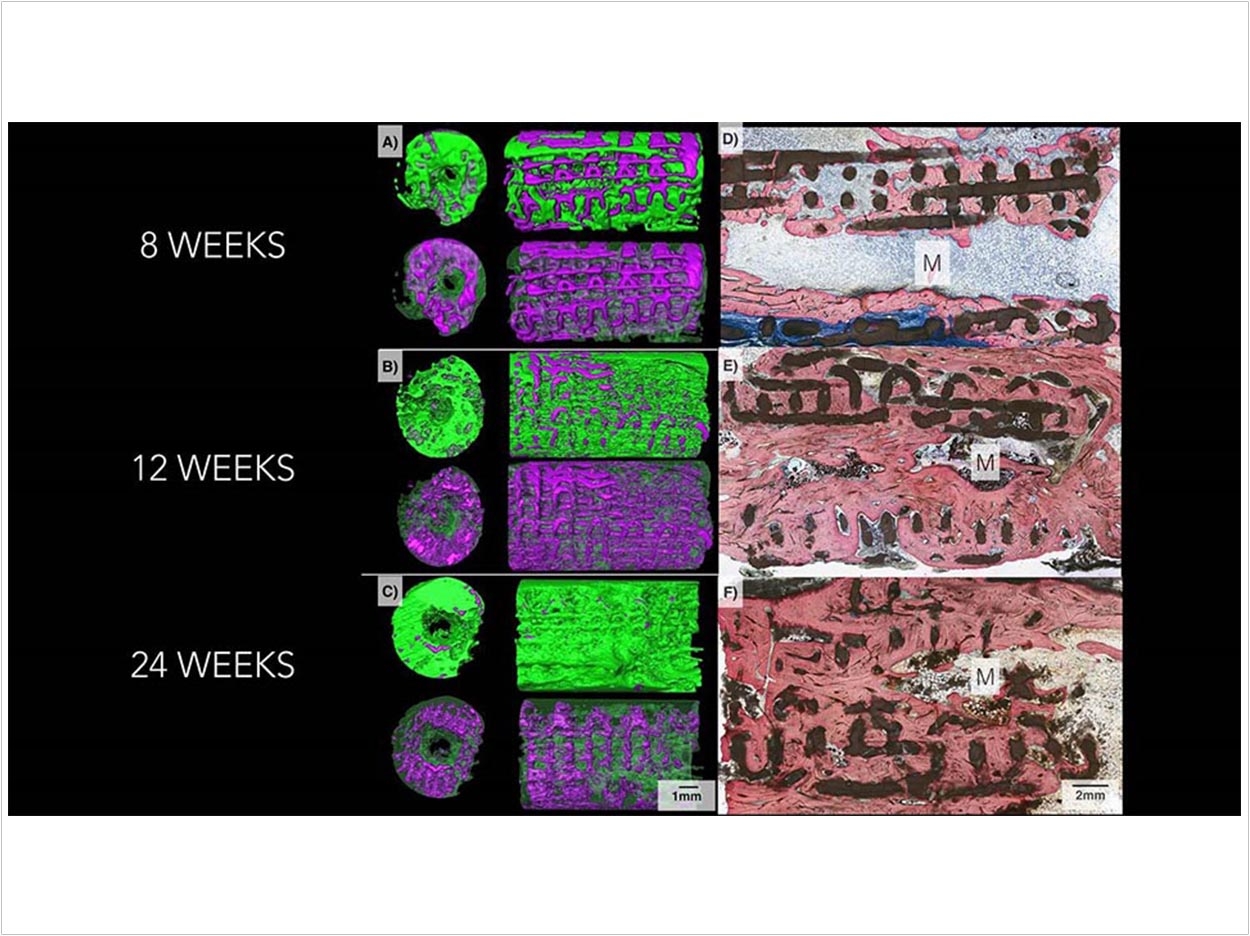 Chemically coated ceramic implants successfully guided the regrowth of missing bone in lab animals while “steadily dissolving,” according to the New York University School of Medicine and College of Dentistry. Researchers there say the test animals’ bodies naturally absorbed their implanted scaffolds as new bone gradually replaced the devices. Modeled after the bone pieces that they were replacing, the implants were assembled onsite using 3-D robotic printing.

“Our 3-D scaffold represents the best implant in development because of its ability to regenerate real bone,” said study senior investigator and biomedical engineer Paulo Coelho, DDS, PhD, the Dr. Leonard I. Linkow Professor at NYU Dentistry and a professor in the Hansjörg Wyss Department of Plastic Surgery at NYU Langone Health.

“Our latest study results move us closer to clinical trials and potential bone implants for children living with skull deformations since birth, as well as for veterans seeking to repair damaged limbs,” said Coelho.

The researchers say their ceramics more closely resemble real bone shape and composition than other experimental bone implants in which plastic elasticizers are added to make the implant flex. Although the ability to flex offers some advantages, the researchers note, the plastic does not have the same healing ability as NYU’s scaffold. The ceramic devices also are made of beta tricalcium phosphate, a compound of the same chemicals found in natural bone that makes the implants resorbable.

One of the secrets to the rapid growth of native bone with the NYU devices is a coating of dipyridamole, a blood thinner that speeds up bone formation by more than 50%. Dipyridamole also attracts bone stem cells, which spur the formation of nourishing blood vessels and bone marrow within the newly grown bone. These soft tissues, the researchers say, lend to their scaffold-grown bone the same flexibility as natural bone.

“Dipyridamole has proven to be key to the implant’s success,” said study co-investigator Bruce N. Cronstein, MD, the Dr. Paul R. Esserman Professor of Medicine at the School of Medicine, director of the Clinical and Translational Science Institute, and chief of the Division of Translational Medicine at NYU Langone Health, who perfected the drug’s use during device testing.

“And because the implant is gradually resorbed, the drug is released a little at a time and locally into the bone, not into the whole body, thereby minimizing risks of abnormal bone growth, bleeding, or other side effects,” said Cronstein.

In the latest experiments, the test scaffolds were used to repair small holes surgically made in the skulls of mice and missing bone pieces as long as 1.2 cm in rabbit limbs and jaws. On average, 77% of each scaffold was resorbed by the mammal’s body six months after implantation. Also, new bone grew into the lattice-like structural supports of the scaffold, which then dissolved.

Some CT scans of the implant sites showed almost no trace of beta tricalcium phosphate, the 3-D printed material of which the original implants were made. Subsequent weight-bearing tests showed that the new bone was of equivalent strength as original, undamaged bone. The researchers say their next studies will test the scaffolds, for which they have a patent pending, in larger animals, though clinical trials are still several years away.

The study, “Form and Functional Repair of Long Bone Using 3D Printed Bioactive Scaffolds,” was published by the Journal of Tissue Engineering and Regenerative Medicine. 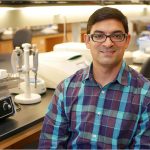 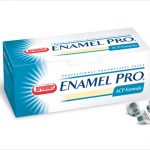