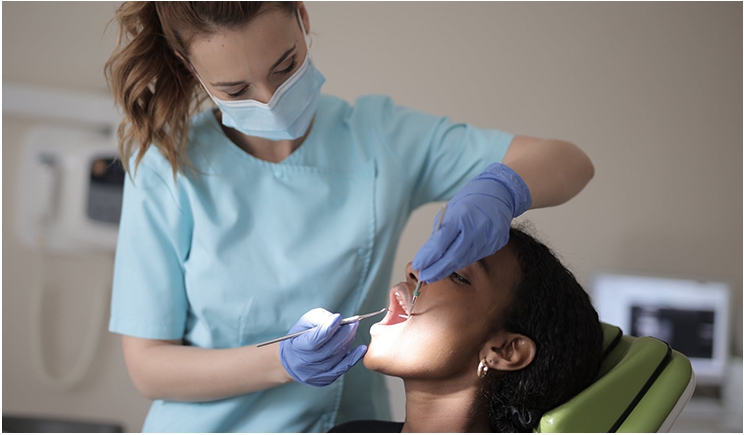 The greatest mistake of my career was the greatest factor in my success.

Mentors—or, to be exact, the lack of mentors—was my greatest mistake. Mentors who were larger than life, highly educated, purposefully confident, and ridiculously successful. Men or women, maybe senior to me, who would have taken me under their wing and shown me the proverbial ropes. That is what my life has been missing. But why?

The Shortcomings of Individualism

In my 20-year academic and clinical career, why had I not found a more experienced dental professional to light my way? As difficult as it is to admit, two failed associateships did not leave me with any desire to pursue what might have turned into a third failed professional relationship—nor, as an introvert at heart, had I developed any networks of professional camaraderie available for the taking.

Left to my own devices, 18 months after graduation, I set myself on a path of not just self-discovery but also of utter and complete self-reliance by taking over a failing practice. This led to a kind of self-determination spiced with a bit of arrogance and perhaps more conceit than I’d like to admit. Month after month, year after year, I held myself hostage to my business, to self-help and psychology books, and to the unending and sometimes grueling 12-hour days involved in getting my own brand off the ground.

Before the days of YouTube, Zoom calls, and even practice management books, I conjured up the self-determination to be the first in my family not only to own a business but also to be a dentist.

As I walked this self-chosen path, I truly never had anyone I could ask for business advice or for clinical advice. In fact, I was completely unaware of what mentorship stood for. Never having had any guidance, aside from my own parents, I relied on my own hard work, my own self-perceived good sense, and my gut feelings. Thus, the idea of introducing a seasoned provider in the sequence of my decision-making felt completely foreign.

What Could Have Been

Knowing full well that hindsight is 20/20, today, I imagine how different my life would have been had I followed a path under a guide. How many mistakes would have been erased, how often tears could have been avoided, had I only had the presence of a kind and friendly and, most importantly, experienced soul keeping me company.

What if those skills, the very ones I possess, rely on, and take pride in, were handed down to me on a silver platter five, 10, or 15 years earlier? How much time, how much hardship would I have saved by finding someone to teach me the useful dental information that I had to develop myself?

The Power of Our Peers

I’ve spent endless nights thinking about what could have been. But as much as the lack of a mentor has been the greatest mistake of my professional career, not all has been lost. I have also come to realize that the lack of mentorship has also been the greatest factor in my success, though you should be very cautious before you try to go solo yourself.

According to the great motivational speaker Jim Rohn, you’re the average of the five people you spend the most time with. Similarly, people who say “show me your friends and I’ll show you your future” have a point too. And don’t we tell our kids that if they hang out with hooligans that they will soon join their ranks?

Interestingly, what Rohn postulated has been proven scientifically. To conceptualize this idea, Nicholas Christakis and James Fowler conducted the first major study into social influence. Though not completely relatable to dentistry, part of their study focused on obesity.

If a friend of yours becomes overweight, you are 45% more likely than the control to gain weight over the next several years. Going one step further, Christakis and Fowler found that if a friend of your friend becomes obese, your likelihood of gaining weight increases also, this time, by about 20%. The effect continues one more person out, endangering you by another 10%, though separated by at least two degrees.

This social experience brings into view the effect people have on one another, even when we aren’t in closest contact. So in truth, Rohn was wrong. We aren’t just an average of the five people around us but many more.

Once again, I wonder if my turbulent, constantly evolving past could have been substituted by a smooth upward ride in my dental profession if I would have had the unending advice of a knowledgeable mentor—or by five of them. I imagine, though with no proof, that my career would have grown in an upward fashion and fairly unscathed.

The People Closest to Me

But would I have grown in character or as an individual knowing full well that my life, as I consider it, only partly revolves around my role as a dentist? Each one of us, within the landscape of our lives, would have a different answer. Here is mine: I don’t regret a thing.

Rather than the consideration of superiorly successful dental mentors (to whom, of course, I had no access to), the five most influential people in my life have been and still are quite simply my family, including my husband, my parents, and my parents-in-law. None of them have had any experience in dentistry, nor have they had any formal business training or owned or operated a small business.

Incessant and unconditional support from my family aside, what they taught me directly translated into lessons quite seamlessly applied to my dental practice.

Evenings filled with the smell of homemade Polish apple cake served by my mom told the tale of how to welcome patients and treat them with grace.

Offerings of Christmas-time chocolates made from generation-old recipes gifted by my mom-in-law taught me to show gratitude to team members.

A week-long escapade of watching my dad-in-law build our fence reinstated how valuable hard work is to the overall performance of the practice.

Dabbling back into whatever little immunology I remembered with my dad on Sunday afternoons was a constant reminder that following literature to support any clinical decision is key.

And, it was the midweek slow dancing in kitchen with my husband that I looked forward to the most and that, very simply, brought me joy and laughter.

So as I developed a growth mindset through my challenging mistakes, my top five people were a guide into navigating an entirely new prospect of my life, one entirely unknown to them too. During these times, when I faced all of the demanding, unending, difficult, and unyielding puzzles that the owner of a dental practice can face, my top five gave me advice and support that helped me develop an exponentially growing curve that has never flatlined in 20 years.

Addicted to learning, enhancing, and, dare I say, change, I am now allowing into my practice, my career, and my life the help of a carefully curated army of collaborators. At this time, it’s important to enhance what I’d learned.

My top five has grown into a top 10. Days go by filled with meetings between my life coach, dental consultants, personal trainers, massage therapists, and others I’m probably forgetting so that I feel supported realizing the ridiculously stretched goals I set for myself. At the end of those days, of course, life has reaffirmed that my top five and I are the ones who are collecting the rewards of a successful dental career.

So would I change anything, having reached a midpoint in my career, to have had a less turbulent past? No. It was the right avenue for me to follow. It was a much needed chapter in my story, allowing me to develop the gut feelings and the emotional intelligence I come to use at every level of my life.

My decision point isn’t for everyone. There may be shortcuts, but I am glad I didn’t take them. With family as my top five, I developed a kind of self-reliance no one could have handed me on a silver platter. I developed unremitting determination and, most important of all, grit.

So as I begin to ponder my greatest mistake in dentistry, I also have come to realize that the mistake I made in not seeking a dental mentor might have been the greatest factor in my success.

My lesson in this is simple. You don’t need the greatest dental scholars in the world to hold your hand. You just need a strong grasp from your very best friend.

Dr. Augustyn is a practicing general dentist. She earned a DDS from the University of Illinois at Chicago and completed the course sequence at the Dawson Academy’s continuum in oral equilibration and cosmetic dentistry. She also has been voted “America’s Best Dentist” and one of “America’s Top Dentists.” Recent accolades include the Rising Star Award from Benedictine University, presented to an alumnus who has made considerable strides in their career and has demonstrated dedication to philanthropic endeavors. She’s also a moderator of “Dental Nachos,” with 30,000 dental professionals. She has recently been inducted into the Female Founder Collective as well, which is a network of businesses led by women, supporting women. She can be reached at maggie.augustyn@gmail.com.

Dentistry Made Me Hate People—For a Moment

An Open Letter to My Dental Team 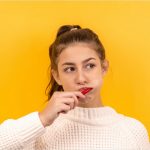 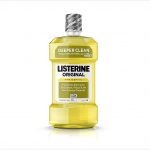