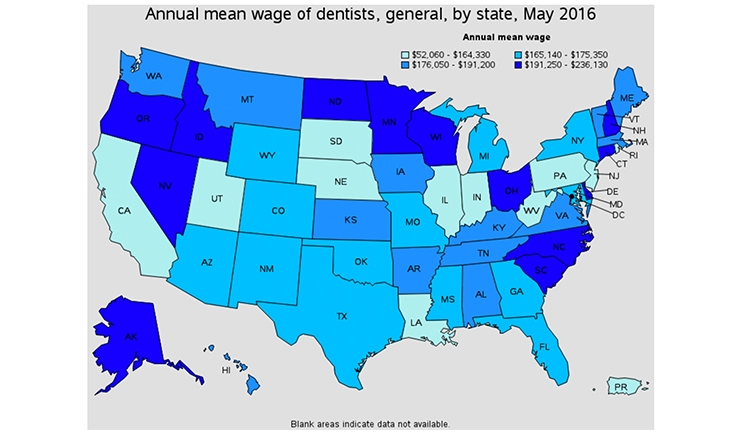 For example, orthodontists saw median annual wages of $208,000. They fared best in the Hartford metropolitan area in Connecticut, earning $274,230. Oral and maxillofacial surgeons also earned $208,000, peaking in Nassau and Suffolk counties in New York at $273,000 a year.

In 2014, one out of every 4 dentists was self-employed. Looking ahead, the Bureau expects employment to grow 18% through 2024 with 26,700 new positions to reach 178,200 total, which is much faster than the average for all occupations. The Bureau attributes this growth to the rising popularity of cosmetic dentistry and increased access to health insurance.

Plus, as the baby boomers enter their golden years, more of them will be keeping their teeth, compared to previous generations. Dental work will be more complicated, including dental implants and bridges. And as the risk of oral cancer increases with age, complications will require cosmetic and functional dental reconstruction.

Studies also are showing more significant links between oral health and systemic health, such as the relationship between periodontitis and diabetes. Dentists will be called upon to offer care and instruction aimed at promoting good oral hygiene and prevention, rather than “drilling and filling” as needed.

New technology such as digital dentistry and radiography will drive productivity increases via less invasive and faster procedures, reducing the time needed to see each patient. Dentists will be able to expand their practices and see more patients as a result. More patients will be able to see dentists too as health insurance reform opens up access, according to the Bureau.

Good News for Auxiliaries Too

As dentistry sees more demand, dentists will hire more hygienists and assistants to handle routine services. The Bureau expects 19% growth for hygienists with 37,400 new positions and 18% growth for assistants with 58,600 openings through 2024, both much faster than the average for all occupations. Ongoing research linking oral and systemic health will increase the demand for the preventive services that both positions provide.

In 2016, hygienists saw a median pay of $72,910 per year or $35.05 an hour, with about half working part-time in 2014. Hygienists in Fairbanks, Alaska, led the market with $105,730. The number of graduates from dental hygiene programs also has increased, resulting in more competition for jobs.

Many dentists rely on laboratory technicians to effectively serve their patients. These vital professionals earned a median pay of $37,680 in 2016. Technicians in Washington, DC, topped the chart with a mean wage of $78,410, or $37.70 an hour, followed by $61,350 or $29.49 an hour in Rochester, NY. Alaska led the states, with New York in second and Vermont in third.

With 38,700 technicians in 2014, this segment will grow by 11% to add 4,200 new employees through 2024. The falling prices of cosmetic prosthetics will drive demand, as will the aging population and increased rates of oral cancer. However, the fewer missing teeth among baby boomers will temper that demand by decreasing the need for dentures and other prosthetics.

“If a dentist is opening his or her own practice, the cost of setting up the office with the new equipment such as instruments, dental chairs, an x-ray machine, and cabinetry and construction costs can be huge,” said Marvin H. Berman, DDS, a pediatric dentist in Chicago with more than 50 years of experience.

“Add to that the cost of rent and supplies and even one dental assistant, then the gross is seriously compromised,” said Berman. “It takes an average of 3 to 5 years to establish a dental practice, so while you’re building the practice, you probably won’t be grossing $159,000. But even if you assume that figure is correct, the overhead expenses will take away 50% to 60%.”

These startup and maintenance costs are a key factor in why many new dental graduates aren’t opening their own practices and joining corporate groups. For example, 95% of dentists were solo practitioners in the 1980s. Today, more than 17% of dentists work in group practices, which are growing at a rate of 20% per year.

“Dental service organizations are very attractive opportunities for recent graduates and older dentists who do not want the responsibility of private practice but still want or need to practice,” said Rico D. Short, DMD, an endodontist practicing in Smyrna, Ga. “They provide immediate patients and immediate income. In addition, they allow the new dentist to pick up speed and confidence while not having to focus on the business.”

Yet Short also notes possible drawbacks of the corporate model, including the pressure to upsell procedures, poor lab work, and disincentives for getting to know the patients. Also, he said, some corporate practices may exploit insurance plans and leave patients confused about what their coverage actually entails. Still, such practices can provide good work as well.

“Corporate dentistry is here to stay and will continue to expand, but not at the exponential rate we expected,” said Short. “The dentists that choose to work there are still dentists, our fellow brothers and sisters in oral healthcare. We should continue to support them because they are, many times, seeing a population of patients that many of us would not see in our practice.”

Student debt is another significant influence. The American Student Dental Association (ASDA) reports that the average debt per graduate in 2016 was $261,149. Plus, more than 30% of graduates had debt exceeding $300,000. It’s no wonder, then, that less than 10% of graduates are interested in purchasing a practice soon after graduation.

The good news, the ASDA reports, is that dental school graduates have a great reputation for timely repayment. They typically enter the income stream after graduation faster than their colleagues in other medical fields, which may allow for aggressive repayment. Also, refinancing after graduation is a popular option for many graduates.

Even so, dentistry isn’t always about the money.

“There is no question that the dental profession is one to be admired,” said Berman. “And once you are established and you have developed a reputation for being a conscientious and skilled doctor, you will not only achieve the $159,000, you may even far exceed it. But, no one should ever select their life’s work based on some pie-in-the-sky promise of wealth.”

How to Get a Top Dental Associate Position

Dentist Earnings Stabilize in 2015 After Years of Losses 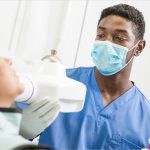 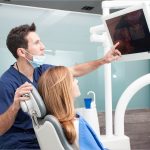